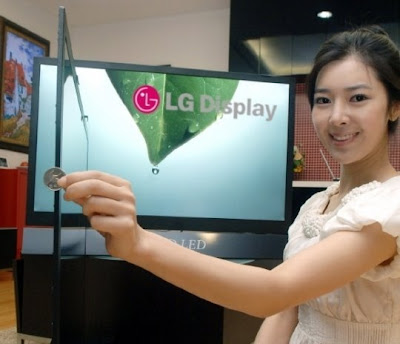 It said in a statement the 42-inch panel weighs less than 4 kilograms (8.8 pounds), making it ideal for wall-mounted TVs.

LG Display said it would showcase the product at the Consumer Electronics Show in Las Vegas early next year.