Team GEN, the notorious PSP hacking group who brought version-by-version CFWs to the gaming community, will not release the 6.10 and 6.20 GEN as of yet.
As quoted:

At the Japan Aurea, MaGiXieN said by the WebTV: "CFW 6.10 GEN and 6.20 GEN are ready but GENyUS doesn't want to release it for personal reasons."

For the 6.20GEN MaGiXies says, "We can just run some Jap games."

It was told that the upcoming GEN CFWs will have no support for homebrews and warez whatsoever. So if ever these versions gets released and you plan to update your CFW version to play games such as God Eater and Kingdom Hearts: Birth by Sleep, beware. 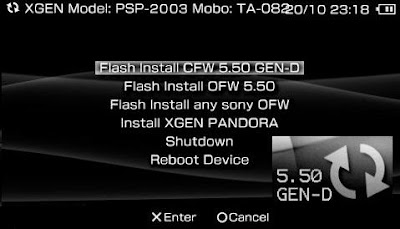 Another supposed reason for the delayed release was the prevalent stealing and cloning of GEN CFWs. There's still piracy and thievery amongst pirates themselves and trust me, no online pirate wants his pirated goods pirated again. There still exists this code of honor among them.