Nope, this is not what you think. These aren't official Finding Nemo 2 cinema posters. These are well-crafted images from El Blog De Chibiboto. Says the blog owner (translated from Spanish to English courtesy of Babelfish):

While we see the world one our planet continues dying, thanks to one of the largest ecological catastrophes of the world, due to the most terrible discharge of petroleum occurred in the Gulf of Mexico. And now that the new movie comes of Toy Story 3, occurred itself me to propose some ideas so that do the second part to Seek to Nemo. I expect these ideas they inspire the screenwriters of Pixar. 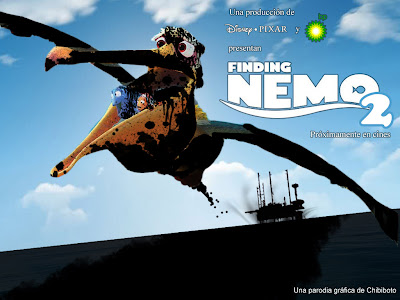 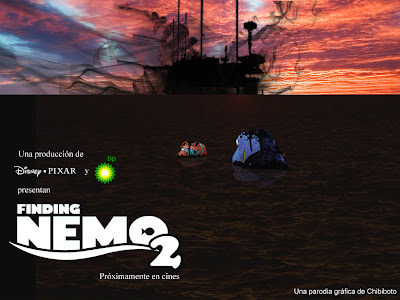 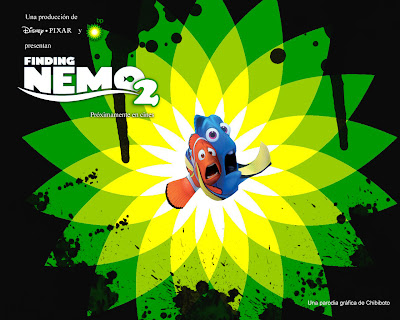 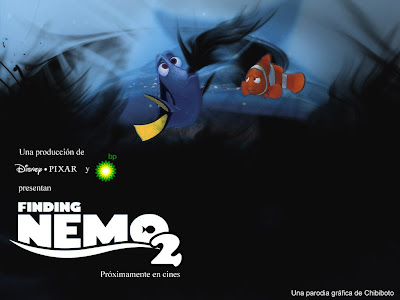 Poor, poor Nemo. Even he and his friends are not spared by this disaster.

This BP oil spill I believe is going for 2 months now. It has destroyed ecosystems, lives, animals, shores, people - everything. And they think $20 billion could fix it.

Four words: Capitalism at its finest. At best Hayward seems unapologetic. You know how these corporate clowns do it. They're masters of drama and whatnot. They make you believe they're genuinely sorry and then laugh all the way to the bank.

How about those oil clowns who keep spilling oil year after year somewhere in Africa? They always get away with it because there's no media people to cover their dastardly deeds. See how the rich people-poor people principle play here? This is bullshit.