I kept ROFLMAO'ing while reading this five facts I found on a certain forum post. It's all about Chuck Norris. Read on and don't spill that coffee: 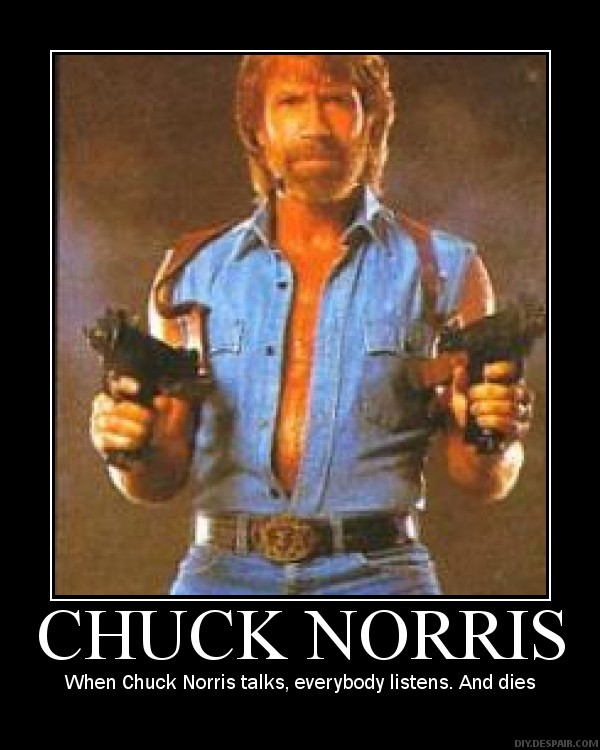 1. Chuck Norris does not sleep. He waits.
2. There is no theory of evolution. Just a list of creatures Chuck Norris has allowed to live.
3. The Great Wall of China was originally created to keep Chuck Norris out. It failed miserably.
4. There are four legal methods of execution in the United States: lethal injection, gas chamber, electric chair and Chuck Norris.
5. Chuck Norris has already been to Mars; that's why there are no signs of life there.

Haha! That was refreshing isn't it? If you didn't find that funny I dunno what would.

For more Chuck Norris facts, check out www.chucknorrisfacts.com. They got plenty of it there.