The photo below shows you exactly how the Philippine Peso – our very own currency – will look like a couple of weeks from now. 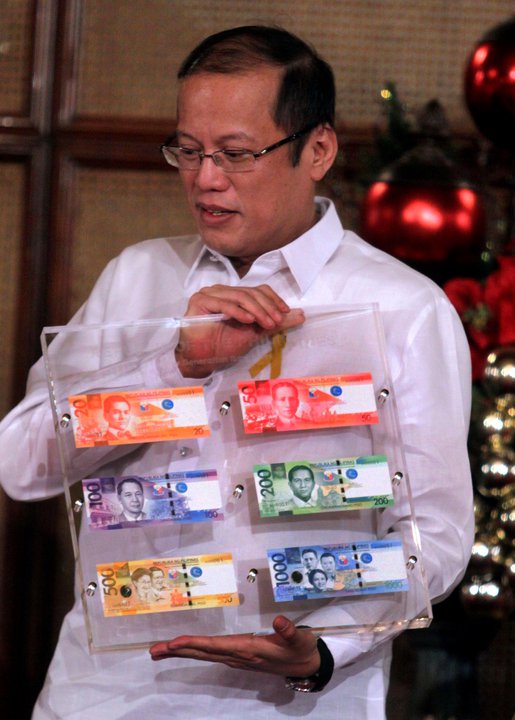 This was just taken yesterday and I barely received word of it. Maybe I'm just staying at the office too much.

Anyway, notice how beautiful, flashy and wonderful our new notes look like. If the notes were alive I'm sure they would say in a mighty tone "facelift at last!" I highly commend and applaud the Bangko Sentral ng Pilipinas for making such gorgeous visual changes to our currency. And it's not just the notes, they've changed the coins looks too.

It's high time that our notes looks changed. In this Earth where everything we have runs at lightning speed, our new notes is a very welcome statement. For me personally, this just says that the Philippines is mighty and is still keeping up in the game in this fast-paced world.

I bet they've added more security features too to keep at bay those money counterfeiters who keeps faking our notes.

I just hope the guys at the Bangko Sentral ng Pilipinas rolls out these new papers soon, at least before Christmas. I want to own these so bad.


TIP: Keep your OLD NOTES and OLD COINS, especially the celebratory issues (the ones with the special logos). Aside from being items of nostalgia, they may sell for 1000% their original values fifty years from now. Be a collector. Keep it.