The Royal Wedding 2011 Schedule of Events

The Royal Wedding, as the world very much knows by now, will occur tomorrow April 29, 2011 at 07:15 GMT at Westminster Abbey. Starring in the Royal Wedding is of course, Prince William and Princess Catherine Middleton. As much as I'm tempted to put up a Royal Wedding 2011 live video stream here, I doubt it's going to catch that much attention since every Briton and non-Briton will be definitely glued on their TV screens, watching everything on the Royal Wedding.

I'm really surprised that every detail in the Royal Wedding has been planned, down to the last minute. I guess Royal Weddings really do command such respect and detail since they only happen once a generation. That said, I got a copy of the Royal Wedding's schedule of events for tomorrow from the Associated Press. Read it below: 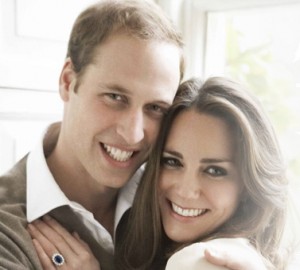 • 0950 BST (0850 GMT; 4:50 a.m. EDT) — Governors-general and prime ministers of realm countries, the diplomatic corps, and other distinguished guests arrive at the abbey.

• 1330 BST (1230 GMT; 8:30 a.m. EDT) — The royals watch a ceremonial flypast from the Royal Air Force and Battle of Britain Memorial Flight before returning inside for the queen's reception for some 600 guests.


I'll let you in on a personal secret. It has been a childhood dream of mine to be knighted by Her Royal Majesty. Not that I have done any spectacular or valorous thing in life, but just carrying the title "Sir" until death is such a wonderful thing. If I do get knighted for some fate-twisting reason, I'll get to attend future Royal Weddings. Nice eh?


P.S. Sad to see that some blogs and websites are cashing in on this royal event. If you see blogs telling you to click links or answer surveys before you can watch their supposed Royal Wedding 2011 online live stream video, just close the site. It's just making money off of you, making you look stupid in the process. You can instead look for the Royal Channel in YouTube. There you're guaranteed to be watching the Royal Wedding live.