How to Increase PSP Internet Speed

If you've already tried surfing the internet using your PSP, you probably would have found out that your PSP's internet sucks big time. The problem lies on two things, namely the speed of the internet connection you're on and the Playstation Portable's default browser.

Just recently, a developer released PSP Internet Speed Up v3. What it does basically is speed up your PSP's browser. Aside from that basic function, it has other features as well. Head on to the section below to know more. 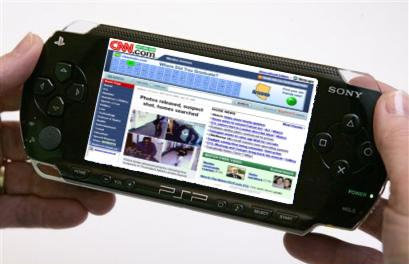 Now, if your slow internet speed persists, make sure that you have the program properly enabled and that the connection you're using is not the problem.

Credits to the coder who made the PSP Internet Speed Up v3 possible.