Cherry Mobile—the Philippines' #1 producer of affordable and quality mobile phones—recently gathered the local press corps at Quezon City for. Dubbed as the "Shocking Revelation", Cherry Mobile released their newest and toughest cellphone units, the R7 Vigor and the R9 Tough. They also introduced the super-charismatic Robin Padilla as their newest endorser.


The R7 Vigor and the R9 Tough

Affordability and quality are two words that hardly mix in tech products today. High grade electronic items and peripherals sell for thousands of pesos. Affordable products on the other hand are readily available everywhere but has an average lifespan of one to two months, weeks even. This dilemma also applies to cellphones. Nevertheless Cherry Mobile once again showed its strength in the mobile communications industry by releasing the R7 Vigor and the R9 Tough.

Both these phones have shown excellence in the press event's live demonstration. Aside from having the basic requirements of this decade's phones i.e. built-in megapixel cameras and radios, LCD displays, loudspeakers, internet connectivity and function etc., it also has a shocking feature which most phones doesn't have—resistance to shock.

In the live demonstration, both the R7 and the R9 have been dropped at approximately 5ft and thrown to a distance of about 8ft by Robin Padilla himself, just to survive both breakage attempts. The only damage that both phones took were minor scratches and bruises at the rubber casing.

There was also a testimonial of the R9 Tough surviving a car's worth of weight. It was allegedly purposely rolled over by a live car's tire. Whilst cracked and crushed, the R9 still was able to function.  If it is to be believed, both these phones must be currently the toughest phones in the world.

The R7 Vigor and the R9 Tough both have very rugged looks, akin to military-like GPS systems and two-way radio systems. Both phones are available in a variety of colors. The R7 Vigor sells at P1,999.00 while the R9 Tough is at P2,399.00. (Click images to enlarge) 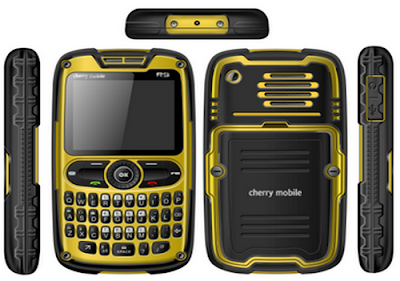 This R9 model reminds one of Bumblebee 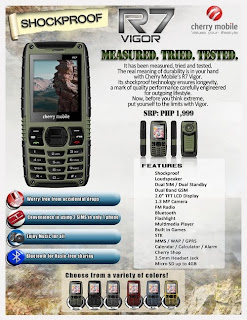 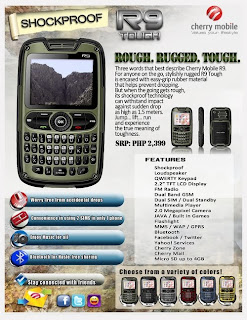 “It was an easy decision to choose Robin as our new brand advocate. Just like Cherry Mobile, Robin has a natural charisma that easily draws the public. He represents the average Cherry Mobile user who lives an active yet practical lifestyle. Robin is the ideal guy to bring us to the next level,” said Maynard Ngu, Chief Executive Officer of Cosmic Technologies, Incorporated.

Robin is undoubtedly one of Philippine showbiz’s most dashing and talented male actors. Dubbed in the '90s as "The Bad Boy of Philippine Action Movies," Robin Padilla is now clearly considered the opposite – focused, spiritual, and determined. He has gained and regained, through the years, the kind of credibility and charisma that would make consumers trust in his product choices. 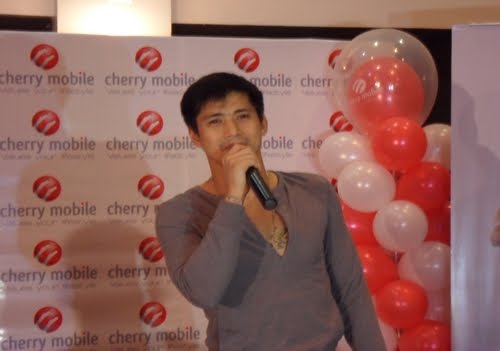 I personally talked to Robin Padilla about his feelings on these two phones and his endorsement to Cherry Mobile, and based on his answers I should say Cherry Mobile did the right decision on picking Mr. Padilla as their newest brand endorser.

“Robin is our shockproof mobile phones personified. He is tough and rough to survive all the blows that he has encountered in his life and career,” said Agnes Conopio, Marketing Head.

Robin joins the ranks of other Cherry Mobile endorsers, John Lloyd Cruz and Kim Chiu. With this dream team of brand ambassadors, Cherry Mobile is set to continue to captivate the local mobile communications industry and deliver products that fit everyone’s lifestyle.

Thanks to Leah Lopez, Anne Grace Apostol, Alexei Rivera of The Technoclast, and all the people involved in making this event possible.