How to Get Free Google+ or Google Plus Invites

Everybody wants in on the newest social networking platform that is Google+, aka Google Plus. But anybody who isn't anybody wouldn't just get Google+ invites easily, you need to know somebody from the inside to get in if you weren't in the initial invites. Proceed to the section below to learn how to get free Google+ or Google Plus invites:

How to Get Free Google+ Plus Invites

1) Look for a friend who was invited at the initial field launch of the Google+ Project. Ironically, you can do this by chatting your friends up in Facebook and asking them if they were invited over at Google Plus. FYI, Mark Zuckerberg was invited to Google+. He already has a profile there.

Alternatively, you can do this by scouring the web for people who are giving away Google+ invites; 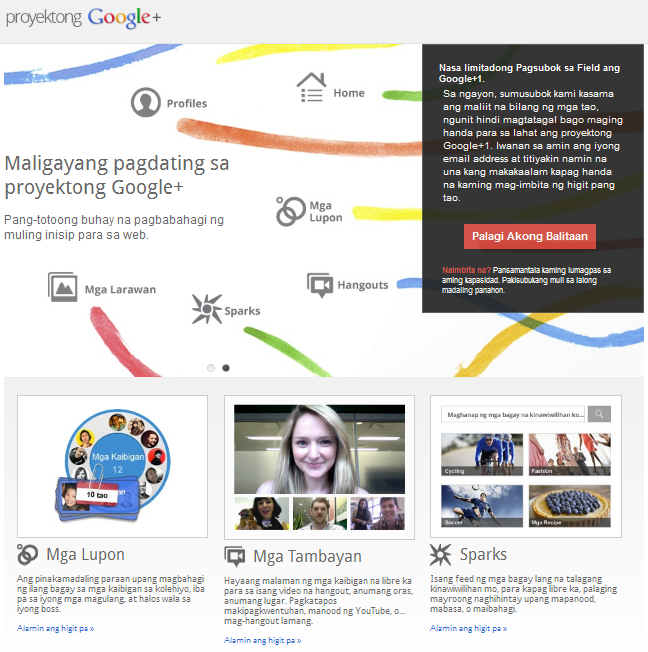 2) When you have already located a friend who is a Google+ user, ask him or her to send you an invite. Give him or her your most used email address as it will be where your invite will be sent;

3) After a few hours (hopefully minutes), you will receive your Google Plus invite. Use what's contained in the message to be a Google+ user.


Congratulations on being a Google+ or Google Plus user. Now, you will be what they call as a Limited Field Trial User. Note about this below:


You’re a part of a small group of people who are helping to test Google+. When you share something with people who are not yet able to use Google+, they will receive it via email but won’t be able to comment or engage with the content like other Google+ users. They’ll be able to join Google+ as we let more users in over time.

So I guess that's that. Now that you know how to get free Google+ or Google Plus invites, why don't you give it a try and tell me how it goes?