The SoPhone has been since last year the swansong of Chinese bootleggers in Hong Kong. They say that it's the closest imitation one can have to the real iPhone 4. What I would like you to realize is, nothing beats the original, except the exorbitant prices you'll pay to have one. What's worse is, you have to pay for carrier fees almost instantaneously.

Nonetheless, here's the SoPhone 4's specs, features and prices, estimated prices that is. I dunno how much this thing really is, or if it's worth it. For merchant prices online though, you could check out eBay or something. 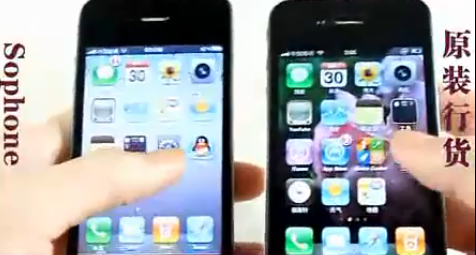 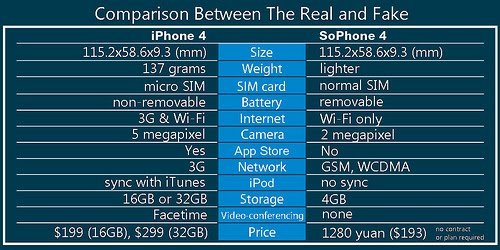 I do not suggest nor encourage people from buying the SoPhone because even if it looks and behaves like the real thing to a certain extent, it is after all still a fake. Where would you get support if the SoPhone locks up on you or becomes corrupt? How about broken parts? See, you may shave off a few hundred bucks when you buy one of these, but there's always that gut feeling that you shouldn't have.

At least you now know the SoPhone specs, features, and prices. There's even a comparison chart above so whenever you'll have doubts about purchasing one, you can always come back here and compare.