Recently in the news we've heard the unfortunate state the Philippine Dragon Boat Team is currently in. Unlike the Philippine Football Team Azkals, our Dragon Boat racers lack financial support from the government, they aren't as discussed by the Filipinos or as covered by the media.

They were covered by ABS-CBN last June 21, 2011—to check up on the team's progress I guess—and it was just then that I found out that they barely had enough money to cover their expenses at the last Sydney World Championships event, even going as far as sleeping in an Australian cemetery just to make both ends meet. I also saw them diving for mussels at the heavily polluted Manila Bay just to have something to eat. 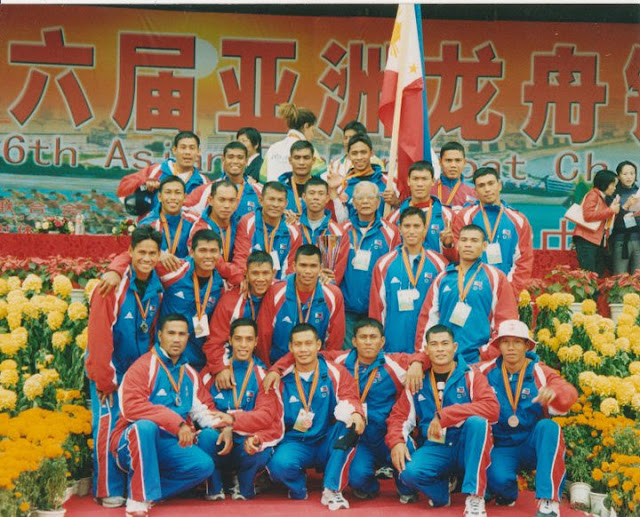 PH Dragon Boat Team's most recent championship medals
This is some sorry situation these winners are going through. If I was a member of the Philippine Dragon Boat Team experiencing snubs from the government for funding, I'd be all like "Why are we being treated like this? We've brought home the gold twice and yet we're still being ignored like we're nobodies." I say, no winner should undergo this kind of physical, mental and emotional torture.

I call on Philippine President Benigno Aquino III and VP Jejomar Binay to pay some mind and financial support to the Philippine Dragon Boat Team. These guys aren't just one of the top in Asia, they're one of the best in the world in their sport. If the government doesn't do something these people may disband due to the financial incapacity, effectively limping the Philippines of another fame-bringing world title.

They should also be paid national and local government recognition like Manny Pacquiao, Efren Reyes, Django Bustamante and the others. The Philippine Dragon Boat Team is an established and proven team of winners. Don't ignore them. Pay them their dues.

If you are a private person or a huge manufacturing entity with something to spare, go to their contact form by clicking HERE. Talk to them, give them support, and in turn they might advertise your brand in their jerseys. Don't let their dreams die.