Like Manny Pacquiao who in recent years has ushered in the golden age of Philippine boxing, the Philippine Azkals have also elevated the game of soccer in the national consciousness to unprecedented levels.

The celebrity aura of some its members, particularly the Younghusband brothers, has catapulted the game to an all-time high – and the Philippines is all the better for it.

As it continues to dazzle the audience and capture the nation’s imagination, the Azkals are again embarking on a monumental journey to take on perhaps its toughest assignment yet – the Kuwait national squad. 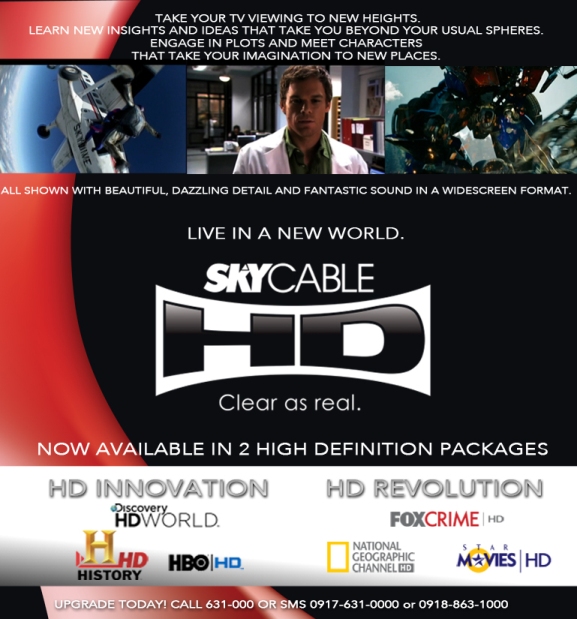 The highly anticipated match slated on July 28 against the Middle East powerhouse team will once again be played in home court in front of an adoring Filipino crowd at the Rizal Memorial Stadium, While both teams are expected to play their hearts out, Filipinos are again banking on the same grit and skills which the Azkals have displayed in scuttling its previous rivals and in sending the popularity of soccer to the stratosphere.

Like Pacquio’s history-making feats, Filipinos are not about to miss this once-in-a-lifetime match. This early, tickets to the most exciting and action-packed event this side of town is already sold out and securing a seat at the stadium is like looking for a needle in a haystack.

So if you can’t be physically be there at the heart of the action, then there’s no better way to witness this than in full HD via SkyCable HD.

Filipinos, who are now officially fans of the world’s most-played ball game, can view the match as if they are in the stands – through Balls HD which will air the game exclusively on Channel 167 in SkyCable HD.

With SkyCable HD, viewers are brought so close to the football action that can almost feel and touch what they are watching. It’s absolutely worlds away from ordinary SD (standard definition) which can hardly show of the trajectory of the soccer ball as it travels to the back of the net. With HD, it's like watching the game LIVE.

Owners of HD-enabled TV sets with SkyCable subscription are in the best position to take advantage of this opportunity as they can easily upgrade to watch the game in HD.

Thus, the upcoming Azkals game – with national pride at stake -- presents the biggest reasons yet for sports fanatics to take the jump to HD. Viewing and experiencing the game with HD is far more exciting compared to SD and definitely worth the upgrade.