Home » funny » Other Potential Fads Aside From Planking

Other Potential Fads Aside From Planking

A couple of months ago, Westerners were pulling off planks here and there and have been posting them on social networks like Facebook to show off, brag, or simply just to ride the fadwagon. Lots of people around the world have caught up with the planking fad and its glamour is wearing off fast. Ask yourself now: What is the next planking? You might just find what you are looking for at this post.


Other Potential Fads Aside From Planking

Of course there's the potential successor of Planking, Owling. 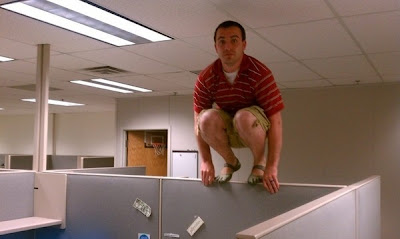 Owling is essentially just squatting anywhere with both your hands down touching the area where your feet are. Remember to make a goofy face to provide extra authenticity, like the guy above, owling in a cubicle border.

And then there's Hawking, or in this case Stephen Hawking. 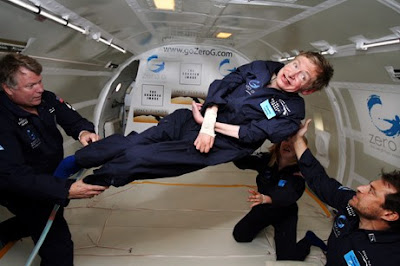 Yep, this dude right here is the world-renowned scientist Stephen Hawking doing the Hawking. This is probably the most expensive fad to do since it requires you to be in a freefalling state while bracing yourself together with a funny face. Specialized plane companies in the US offer the closest thing next to actual weightlessness in space by driving a plane up in the sky so high then nosediving the plane, plummeting to the ground as fast as it can. In theory though (and this would probably be cheaper), if an elevator in the Burj Dubai was to break off the steel ropes holding it in place, a person inside that elevator would experience temporary weightlessness, until succumbing to his or her death. Not that you want to do that anyway. Then again, Stephen Hawking is over 9,000.

Then there's this thing from the early 1900's which like Planking is getting some revival love from fad enthusiasts. It's called Horsemaning. I don't know why it's called the way it is, but it's simply making a body look headless with the head an arm's lenght away from the body. 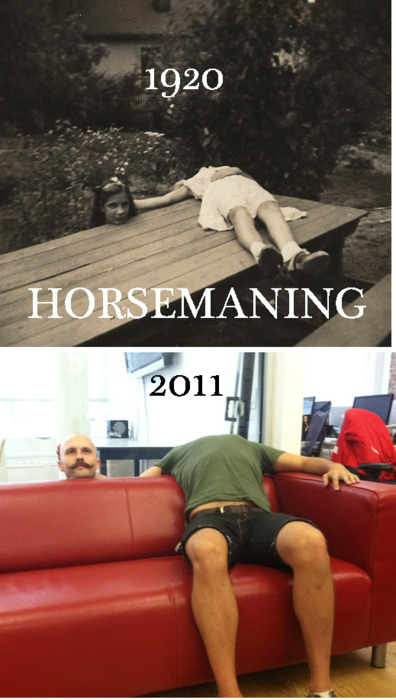 Imagine, this thing was from the eras past. And to think that this was the time when the Ku Klux Klan rampaged in the US. On the other hand, Babe Ruth ruled the 1920s, so then it's all good.

To Horsemane, you need to grab a partner with a body similar to yours. Just let him sit or lie down in a chair or a table at an angle that will obscure his or her head, then you need to owl behind the said object. Successfully doing the fad would result to the picture given above.

Lastly, there's this fad that never goes out of style whichever time period you came from. Even animals are into this fad. Yep, this fad is called Sitting. 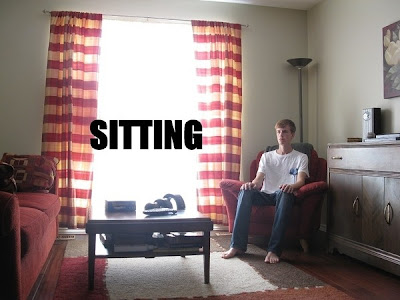 To successfully sit, you need a chair. Scratch the chair. You can sit anywhere. All you have to do is brace your buns and make it touch the floor, legs and feet folded accordingly as to accomodate your upper body in erect position. Like the guy in the picture above. Though this would probably suggest that you're forever alone.