We recently heard of Steve Jobs' resignation as Apple's CEO. His resignation made it in front page news, making techies and iFans all around the world sadder than Tom (if you don't know Tom don't ask). What most people don't know is the underlying reason of his resignation: Steve Jobs has cancer.

Well, it's not new. Steve Jobs has been struck by cancer a long 7 years ago. And it's just not any kind of cancer. He has Islet Cell Neuroendocrine cancer in his pancreas. That ought to fix everyone telling he has pancreatic cancer. Ponder on this: Steve Jobs, Apple's CEO, a billionaire, struck by cancer. His riches can't do anything to save him.

Just a couple of hours ago, a picture of Steve Jobs surfaced on the internet, showing the cancer-struck CEO as a frail and pale man. As far as I know, it was released by TMZ: 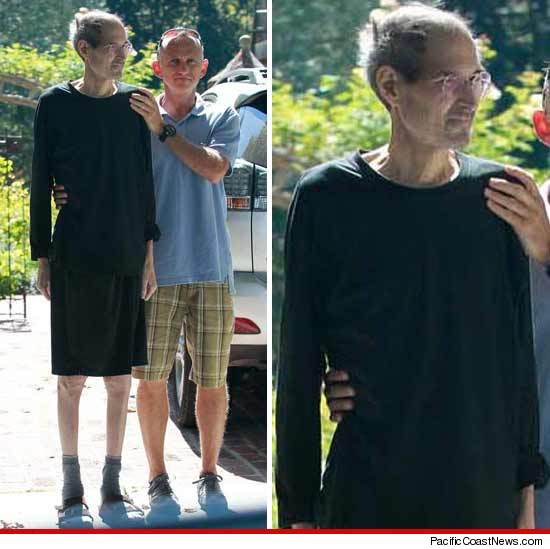 Compared to his showmanship, Steve Jobs is now just a shadow of his former self.

But that's not all. The above picture's authenticity was challenged by a Redditor, saying that it's warped and edited to show a weaker, frailer Jobs. Here's the same picture complete with the fake cancer picture captions: 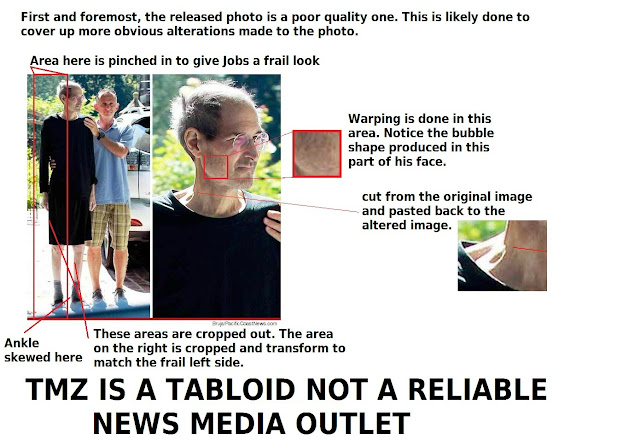 Regardless if Steve Jobs' cancer picture is faked for a more shocking effect or not, it doesn't remove the fact that he is dying and might not be with us soon. He knows this, he realizes this, that's why he stepped down as Apple's CEO.

With that said, Steve fought a good fight. For 7 years, he raged against his cancer when ordinarily people with his condition is only given months to live. I know he has lived a wonderful life, more so because his creations are complete successes. When he goes down, at least he burned out. Better to burn out than fade away as they say.

Let's see what God has in his sleeve. He might play the "Magically disappear" card on Steve Jobs' cancer, don't you think? Whatever happens, I picture him as a man in peace.