I heard that Uncharted 3 beta codes are being given away at Subway as a promo so I thought about making this post to list and gather all the Subway codes out there.

Unfortunately this promo is on Subway USA only, so if your country has Subway but is not located in the USA, I'm sorry but there's no codes to be had.

The Subway Uncharted 3 promo codes will enable you to experience Uncharted 3's multiplayer mode earlier than the full release on November 1, 2011. Just go in and buy the special 30 oz cup. The promo code will be on the cup you purchased and you'll be able to redeem your game on a special Subway promotional site. 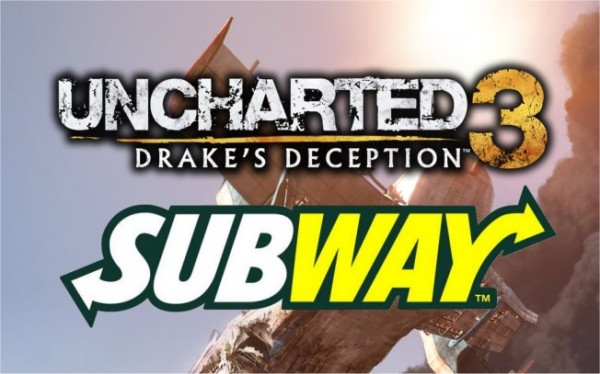 But of course not all the people that would buy the special Subway Uncharted 3 cups would also own a PS3, so if you're a non-PS3 owner and you're feeling kind today, why don't you just share your Uncharted 3 beta PS3 Subway promo code here? Then again, if you're feeling like a jerk, why don't you go on eBay and sell your cup there? We don't like you.

Remember, sharing is caring folks. Now I'mma go ahead and scour the internet and try to salvage some unused Uncharted 3 beta PS3 Subway promo codes, if there's any. Anyway, I reckon these codes can be used more than once, no?