Home » How-to » What to Do When Invited to a Media, Press Event

What to Do When Invited to a Media, Press Event

Eventually there would come a time in your blogging career where, when you have already built up your brand and established your presence around the internet, someone or some organization would invite you to come over their media or press event in the hopes of you attending, covering, and putting their product or service on a favorable light.

Not everyone would be ready for their first media event. Some would be totally hysterical in joy. Others would be too reluctant to even reply to the invitation. But this much I know: 9 out of 10 times people that get invited over to their first event get scared the living daylights out of them, regardless of how big or how small the brand is. That's exactly how I felt. For sure.

Now, I'm writing this because I know that lots, okay, some people doesn't yet know what to expect or to do or act in a media or press event. Y'know, just a little guide for those who have just been invited to cover for a product or service or basically just to give an idea on the subject.

Anyway, continue reading on below for my "What to Do When Invited to a Media Event" tips:

It's a no-brainer that you have to reply to the person who invited you over to their event to confirm for your attendance. But while doing so, don't forget to say thank you. This gesture would surely build up rapport. You might even get noted and booked for their next event.

There had been a couple of times where I just glanced over a place's location map, not really putting at heart where the place really is. As a result, I arrive sweaty and wind-blown.

Do your homework. Google where the place is at, search for its street, pinpoint landmarks around it, and know where public rides are located. This would surely help you.

FYI though, I compensate by leaving for the event early. That way even if I get lost I have lots of spare time to home in on the event proper's location.

While some attendees decide to wear tees and jeans to an event, as a new comer you should not. People who wear tees and jeans at an event in my opinion are the established of their industry. They have the authority to do that, because chances are high that they personally know other attendees as well. You on the other hand don't know anybody yet and dressing like that would simply be frowned upon.

A simple collar shirt and a casual pair of shoes for the men and a nice but not overly eye-catching dress for the women would be perfect. That should give the people in the event a "serious to deal with but flexible and happy" impression on you.

How many times have I forgotten to bring my calling card with me? Answer: Too many times.

It's an SOP to bring a pair or more calling cards to a media event? Why? One, because people will ask you for it. Two, you'll give it to people. And three, it's a surefire way to join the closing raffle and win yourself a prize.


Don't be a wallflower. Participate

Ordinarily you'll be grouped with your fellow bloggers for two or more hours. So better break the ice. Start talking with the people in your table. They're your own kind, for sure they won't bite. Network with them while you're there. Exchange cards, do small talk, and kill time. Unless it's a free-seating arrangement, better practice your skills.

When the event starts though, make sure to listen. If someone in the event asks if anyone has a question, voice yours out. Not only would you get a plus for participating, you'll also get that nagging "I should've asked the question" feeling out of your system.

I've seen too many people just stare blankly at the presentation and the presenters while yawning like they don't know what's going on half of the time. It's like they're bored or something. Do note that this is not only your event, it's also the respective person or company's event. If everyone is participative and happy at their event, they would be happy too. Perhaps they would do another one, with you on the list of course.

And oh, remember to smile. All. The. Time.

If you're not too good at speaking the universal language, that's okay. Speak in the native tongue. Nobody would look down on you for doing so. Also address other people in the event as mister, sir, miss, ma'am and madam, no matter who they are or what they look like.

Do watch your tone, try not to sound arrogant. Make eye contact, always nod, do not interrupt people while talking.

Usually there's mid-afternoon buffet lunch at events. The food would be served after a couple of minutes of introductions and opening lines. Sometimes you can even eat while the event is ongoing. You can always go for seconds or thirds, nobody will stop you. Just observe common etiquette and courtesy. Remember what your mom told you: "Don't get what you can't finish."

I'm not telling you not to be you, just go with the flow and blend in.


Personally thank as much people as you can 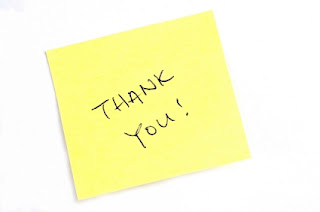 As the event closes and as everyone says their final pieces and goodbyes, personally approach people who led and are behind the event. These are the people that are probably managers of their respective branch or company's subsidiary in other countries or states. Shake their hand, say what you thought about their event, suggest something that's not too farfetched, and say thank you. A small thank you can go a long way.

Also approach the event's coordinators. They're usually the young and talented people in corporate attire scooting around here and there to make sure everything goes A-OK.


Do your part: Blog

That said, when you arrive at your home, relax for a while and unwind your brain. Get in the zone and share to the world what you have experienced that day.

Don't forget to send a copy over to the person who invited you. And say thanks again. You can never have too much thank yous in your life.


I think I covered everything in this starter's guide. And would you look at that, what a long post. Hey, sorry if I made your eyes tired from reading this wall of text.

Anyway, if you still have questions circling around your head, I suggest you contact local established bloggers in the field. Here are the people I personally recommend for asking your questions:

Azrael Coladilla of Azrael's Merryland - This dude has been in the game for a very long time. Everyone knows him even if he doesn't know the people that know him, that includes me. He receives lots of media updates and promotions, so he's always in the know. He's also been invited to lots of local TV airings for toys and whatnot. Ask him a question, he knows the answer.

Calvin Lo of Calvin's Hub - If you're looking for someone in the tech industry that can answer your query fast, Calvin is the guy you're looking for. Ask him about cars, computers, cameras, sound systems, smartphones. Did I say computers? I dare say he's second to Yuga himself. He also appeared at GMA 7, for a tech portion of course.

Hannah Villasis of Flair Candy - Hannah rocks hard and party's hard. Living the high life for a long time now, ask her about fashion and places. Ask her what to wear, what to expect, who to be with, what to do. This girl's also got her own TV show over at Tek Tok TV, a very Filipino way of saying Tech Talk TV.

Jehzeel Laurente of Jezhlau Concepts - Jezhlau is a genius of sorts. He's like a sleeping dragon. He rarely posts in his blog, but when he does it shakes everyone up like a magnitude 10 quake. People love him, he loves them back. Not only is he a PR5, he also has people watching him asking him to promote their brand at his site. So if you have someone contacting you to promote a certain brand over at your blog and you're unsure, contact Jehzeel.

I think I said enough on this overly long post that's sufficient to knock a raging rhino unconscious.