Taiwan-based mobile phone manufacturer HTC recently released the HTC Rezound, a decked-out red and black Android smartphone equipped with its own Beats Audio earphones. If you can recall, HTC hammered out a partnership with Beats Audio a few months. And among other HTC-Beats Audio launches, the HTC Rezound seems to be the swansong of that deal.

The HTC Rezound would run the Android Ice Cream Sandwich OS—the latest on the Android systems— next year early 2012. For now, it will be powered by an older, but still capable, Android Gingerbread. 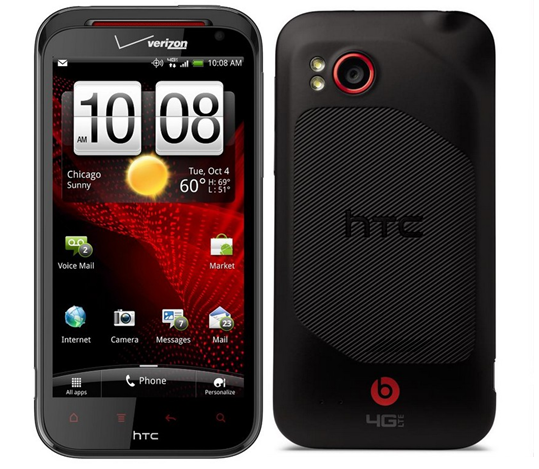 Specs-wise, the HTC Rezound is nothing groundbreaking at this point: Its innards are, you can say, a standard in this period's smartphone releases. Upside is it's marketed towards audiophiles—though that's nothing an iPhone or any other Android smartphone can't handle, provided of course it will be equipped with the proper audio gear.


Why Verizon plasters its ugly logo on this gorgeous Android is beyond me, but I guess that's marketing.

Can the HTC Rezound hold itself up against the Motorola Droid RAZR, the Samsung Galaxy Nexus, the Nokia Lumia twins and Apple's iPhone 4S? HTC's Q4 sales would tell you the answer.