Download the My Xbox LIVE App for iPhone and iPad

If you happen to own both an Xbox 360 and an iPhone or an iPad and happen to be a current subscriber of Xbox Live, you should know that Microsoft has just released its My Xbox LIVE App on the Apple Appstore.

While it's nothing new to access the Xbox Live dashboard from mobile devices (thanks to 3rd party apps), this is the first time that Microsoft released a product for Xbox on a competitor's device. The My Xbox LIVE App used to be a Windows Phone 7 exclusive.

Download the My Xbox LIVE App for iPhone and iPad 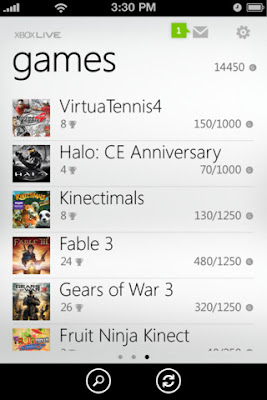 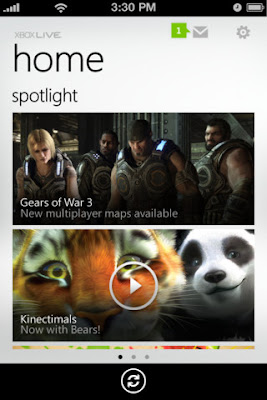 Take your Xbox LIVE experience wherever you go with the My Xbox LIVE app. Track and compare your achievements, connect with your Xbox LIVE friends, and change up your 3D Avatar. Review all your recent great games you and your friends love to play and compare achievements with them. Jump into our games hub to learn about the latest LIVE games and apps. Access Xbox Spotlight feeds, get breaking news from Xbox LIVE, game tips and tricks, gamer spotlight and much more.

Unfortunately for me, I own a Sony PS3 (and a fanboy too). And it seems that it's not available in Philippine territories yet as I can't locate the said app in my iPhone.

And yes, it seems that there's no love for Android users. Yet.