SMART Communications just dropped the exclamation point last night at their iPhone 4S launch party held at the Rockwell Power Plant Mall. What did they do there you ask? Well, I wasn't there but apparently, the guys over at SMART, courtesy of Mr. Manny "Deep Pockets" Pangilinan, rented out the whole mall to themselves, rocking the night up to the wee hours of the morning. They also raffled off a brand new black Subaru Impreza STI to the attendees (and lots of other things, such as being able to watch MI 4:Ghost Protocol ahead of its official local launch, unlimited arcade games over at the Q Power Station, free gift checks, gadget giveaways, and free food and booze). Too bad I wasn't there, I could've won myself a new car! I wish.

And as with most healthy competitions, even with SMART going all out on their launch, #globeiphone4s managed to annihilate #smartiphone4s at the local Twitterverse. It was not total defeat: #smartiphone4s was leading early in the evening, but #globeiphone4s took it all a few hours later with the former nowhere to be found. 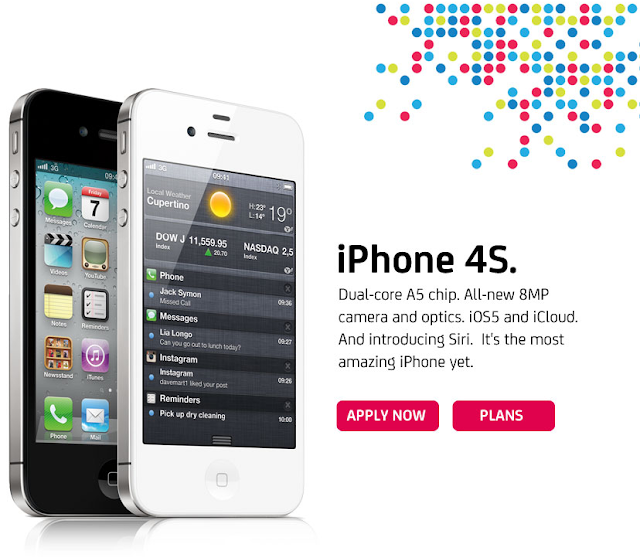 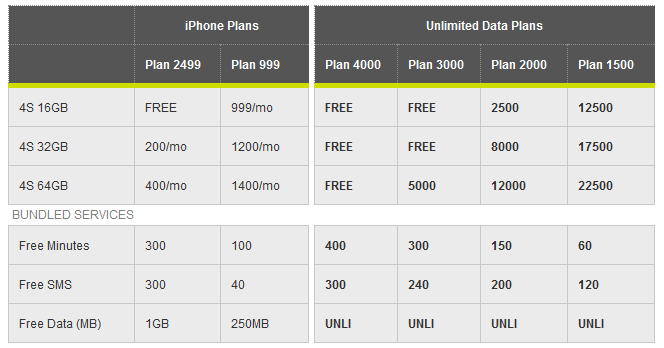 SMART's pricing model definitely makes the iPhone 4S very accessible to those who are a little tight on the pocket. For starters, you can have a 16GB iPhone 4S at Plan 999. The catch though is you have to shell out another grand per month for the phone amortization which effectively brings the total amount to P1,998. Just look at the table above for the SMART iPhone 4S Plan 999 pricing.

If you're big on surfing though, there's the Plan 2000 Unlimited Data Plan. For an additional P2,500 cash out, you'll get an iPhone 4S for P2,000 a month with unlimited data. That's better than Plan 1500 in my opinion. There's not much difference in one yellow Ninoy bill anyway.

If you don't want your iPhone 4S with a contract though, SMART also sells them at the following prices:

Now I'm wondering how those resellers selling their iPhone 4S's more than the SRP would fare in the market now that SMART and Globe are legitimately selling the iPhone 4S.

That aside, and like I said in an earlier post, it doesn't matter if you're #globeiphone4s or #smartiphone4s. What matters is your happiness. But if you're not on the cheap i.e. have a lot of money to shell out, check out Globe's iPhone 4S official plans and pricing.