Temple Run is an endless runner game on the iPhone and iPad. It quickly became one of the most downloaded apps of the last quarter of 2011 and has won lots recognitions from the Apple gaming community. TouchArcade made it one of the best games of the month of the previous year.

Like most games however, Temple Run is susceptible to cheats and glitches. So you'll be glad to know that Temple Run, in fact, has lots of cheats, hacks, codes and glitches under its belt. Scroll down to find out more. 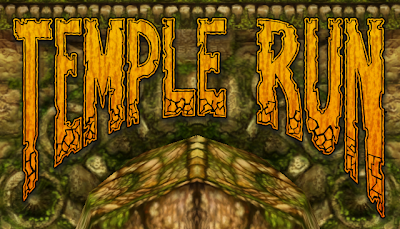 At Temple Run (v1.3 ONLY), type in the keyboard (located at the game's title screen) the password "samhines86" to unlock unlimited invincibility.

At Temple Run (v1.3 ONLY), type in the keyboard (located at the game's title screen) the password "rxh7nigh" to unlock secret characters.

*Note: Higher versions of Temple Run (on and after December 2011) will not have any in-game keyboard access anymore due to updates thus removing your ability to activate these cheats.

Ever thought of leaving your Temple Run session put, leaving your phone at the table to come back to it with a score of a million or more? It's possible. Simply turn on Tutorial Mode at the game's option menu, start a game, and when the first tutorial arrow appears on the top of the screen quickly swipe to the direction of the arrow three times to run forever. If your character gets caught by the monkeys however just restart the game and try again. 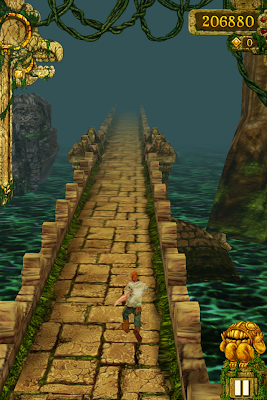 Sadly those high scores and multiple coins that you've been hearing of while using this cheat are all fake for the reason that once you turn on Tutorial Mode, you will be unable to collect any coins and post high scores. As you can see from my Temple Run session screenshot above I was unable to collect any coins (and no coins will appear anyway) throughout my 200k run.

I tried this personally and it doesn't seem to be working as of the moment. Just holla if you know how to make it work.

1. Go to Cydia and add http://apt.xsellize.com as a source;
2. Search, download, and install the iAp Cracker List app from Cydia;
3. Restart Cydia;
4. Enter Temple Run and go to the in-game store. Buy as many coin packs as you desire.


So that's it for this Temple Run cheats, hacks and codes for iPhone and iPad iOS post. If you got more cheats in store, leave it at the comments box below or use our contact form above and submit. We'll be absolutely sure to include your name and credit you for the discovery.