Graduation for highschool and college students are just a few days away, and as such parents and family members are looking for the best graduation gifts they can give to their new grads.

Every year starting from the release of the first iPad, companies have been making tablets here and there to appeal to the masses. Sadly there are only a handful of true tablets that are worth your graduate's time. Of course he or she will only desire the one made by Apple (cue: iPad). So why not try the New iPad

Same for cheap: The almost same but cheaper iPad 2 or Cherry Mobile's Superion Tablet bundled with a Smart internet plan. 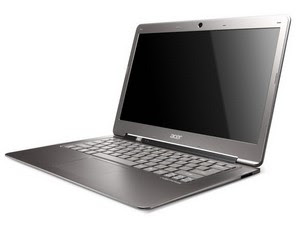 Ultrabooks could be the next craze. Even huge computer companies are saying that it's the next big thing of 2012. It plays games, allows you to surf the internet, and enables you to process documents. If you think your graduate would need a true computer by his side most of the time and is more likely to enjoy the company of a portable computer instead of a tablet, Acer, Samsung, Dell, and ASUS

Same for cheap: Netbooks are smaller and more portable than ultrabooks, albeit less powerful. Acer, Lenovo, Samsung, MSI, and eMachines netbooks are selling for as low as P11,000.00 to P21,000.00, depending on the recency of the model. There are also traditional computer sets (more powerful than netbooks or ultrabooks) for as low as P16,000.00

3. A gaming handheld or console

Same for cheap: People are still buying Sony Playstation 2 systems, even in the US. It's powerful, has a huge library of games (which are "very accessible" by the way), and can still provide hours of enjoyment, even if it's a couple of years old. You'll have one for as low as P7,000.00. 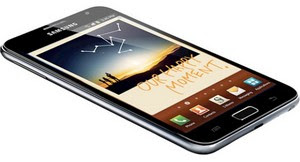 New smartphone models are being introduced month after month, and we being the creatures we are, we love only the newest and the hottest. Aside from being eye candy, you'll be on the receiving end of jealous stares from people around you.

Smartphones are also very useful provided you know how to use its features properly: it gives you directions to places, lets you call people internationally without spending nothing. You can even use it to edit your documents.

If you can grab your graduate an iPhone 4S or a Samsung Galaxy Note, I'm sure your kid's going to be very happy.

Same for cheap: The Samsung Galaxy Y or the Smart Netphone 701, both full-fledged Androids at P5,000.00 more or less. 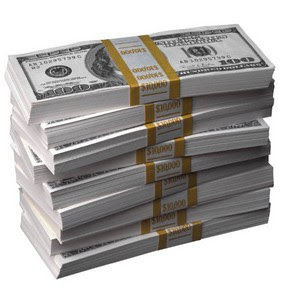 Can't decide on what to gift your graduate? Frankly there are people out there that would prefer none of the above for their graduation gift; they would either go on an adventure trip or take an international flight. They want something new. So what do you do? Smack them in the face with cold hard cash. Nobody turns down cash, especially if it's bundled in stacks of Ninoys or that bill with three heads which the names of I can't recall. Drop 'em twenty large, I doubt anybody would complain (unless you're a millionaire with brats for kids).


So there you have it. The 5 best graduation gifts for highschool and college students. I just hope you read this post in time i.e. days before your graduate's actual graduation ceremony.

*If you are a company that has a graduation gift list for immediate publication, send them over using the contact form above