Cooler Master Philippines, world-renowned provider of computer chassis, parts, and other peripherals, recently celebrated its 20th anniversary in the industry. The manufacturer showcased its latest product lineup that is sure to impress even the deepest computer geek.

Cooler Master is the descendant of early CPU pioneer company ORYX. Founded in 1992, the Taiwanese company's goal is to provide the best thermal solutions to customers worldwide and to provide leading-edge innovations to people and businesses. 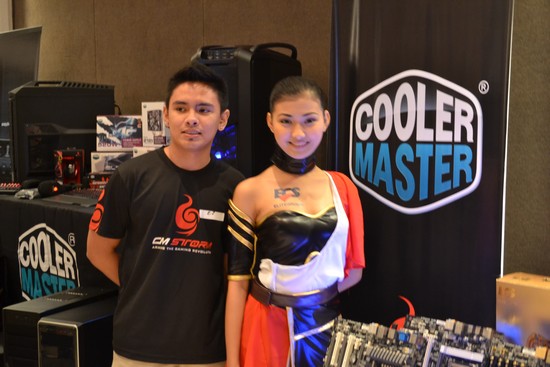 An angel beside the latest ECS hardware
Cooler Master Account Manager Zoe Chen welcomed guests as they looked back in the 20-year history of the company while discussing their future growth.

Also present in the event was local Cooler Master distributor Iontech, which incidentally also carries the brands of other PC titans such as ECS, Kingston, and BenQ. The distributor went on and displayed the newest hardware from the mentioned companies such as BenQ's most advanced gaming monitors the XL2420T and the RL2450H, ECS' Z77H2-A2X motherboard line, and Kingston's HyperX high-performance memory cards. 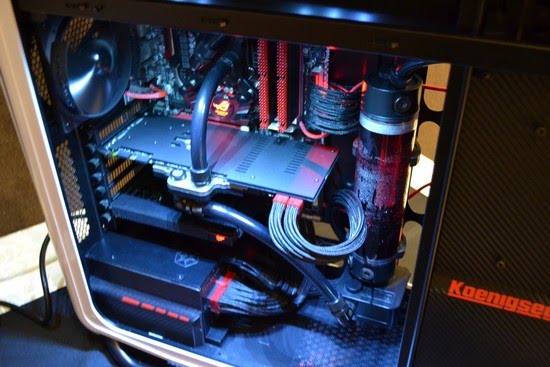 On a personal note, the Taiwanese sure know how to throw a party. Great games, great food, great giveaways, great night.