Enter Streetfood Tycoon: An iOS app developed by the nation's very own Erick Garayblas (Kuyi Games) which puts you in the shoes of the daily streetfood vendor, selling stuff from 9-5, clawing your way up to the top to be the very best "tindero" in terms of fame and fortune.

The game play is like most "tycoon" and "mania" games out there: Customers arrive with orders, assemble ingredients on the screen to fulfill their orders, clean your shop while on the job, and earn money for upgrades. 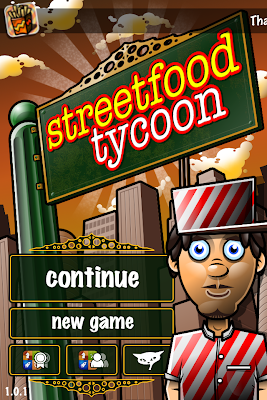 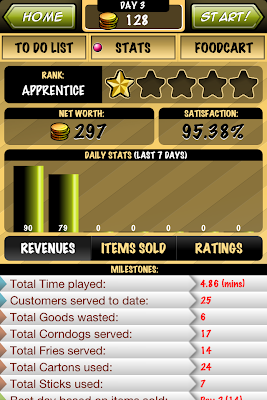 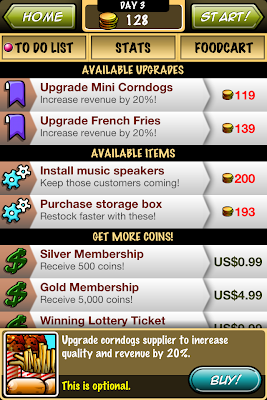 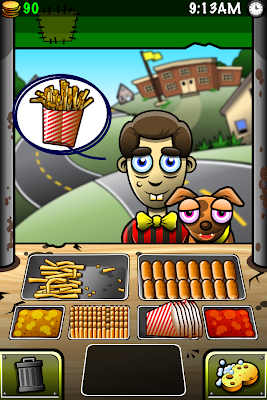 The game graphics are simple but cute enough to not get annoying looks. Statistics and upgrades are viewable after each stage. In-game purchases are also available if you want to fast-forward your game. Me, I chose the "Break Piggy Bank" option. Unfortunately it only contained 181 gold, and with that much I was only able to afford a second hand food cart and then some.

At its core, Streetfood Tycoon taps into the Filipino's love for street food and the culture that developed around it. We don't just simply eat the food: we gather around the front of the stall and talk with friends, update with gossip, and sometimes even make new acquaintances, usually the vendor himself.

So if you have an iPhone, an iPod touch, or an iPad, you better get and play this game, especially while it's free. It's a total time killer; you won't notice that you've already played an hour or two (then again, most games do this). Personally, I find Streetfood Tycoon very entertaining. I bet you would too.