This blog has been actively writing about Earth Hour since 2008. Yes, it's hard to believe, but for four years straight we've been selling Earth Hour online and offline. It's kind of a tradition here. And two days from now, Earth Hour 2012 would happen. Earth Hour 2012 will take place on March 31, 2012 from 8:30p.m. to 9:30p.m., at the participating country's local time. 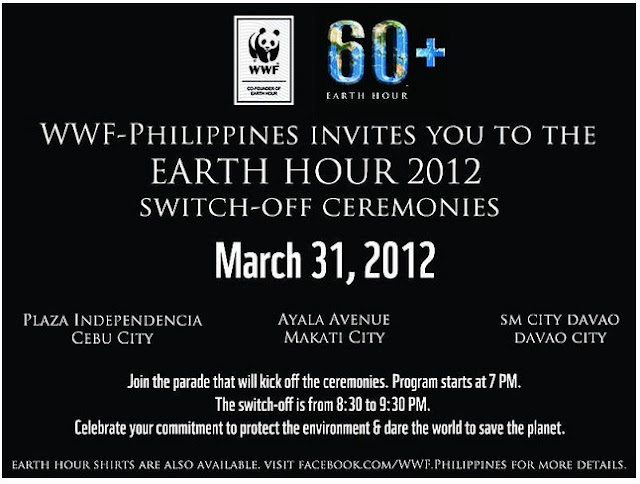 
Last year, a lot of people participated in Earth Hour. If you were a participant during the previous Earth Hours, good. But if you're new to it, I urge you to participate. This is your chance to be a part of something big, something you can proudly brag about, somewhere you can really feel connected.