Are you an avid PC modder that can't help but brag your monster rig's awesome speed? Are you the type of person who's constantly seeking to break the national overclocking record? Do you overclock for fun? Then Cooler Master Philippines' event is for you.

Cooler Master Philippines is currently holding an overclocking event dubbed the "OC Nation" in which experts and novices alike will learn the basics of overclocking, share tips on how to effectively overclock your machine, and converge in everything overclocking. There's also raffles, seminars and product showcases. But the best of all must be the OC Nation's Overclocking Competition. 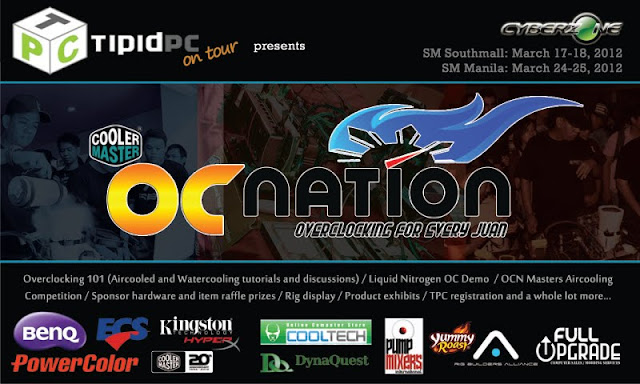 In the OC Nation Overclocking Competition, top overclocking individuals will duke it out on a three day battle to see who's the best in the tournament. There would be also an exhibition match in which the top three performers will team up with an audience member and face the nation's overclocking champions.

If you're interested in participating in Cooler Master's Overclocking Competition, you can view the full mechanics plus the whole discussion thread HERE.

Meanwhile, if you're interested in attending Cooler Master's OC Nation, you can catch them at:

There's also this daily raffle draw that will give you a chance to win premium Cooler Master items for—though I'm not really a fan of multiple exclamation points— FREE!!! 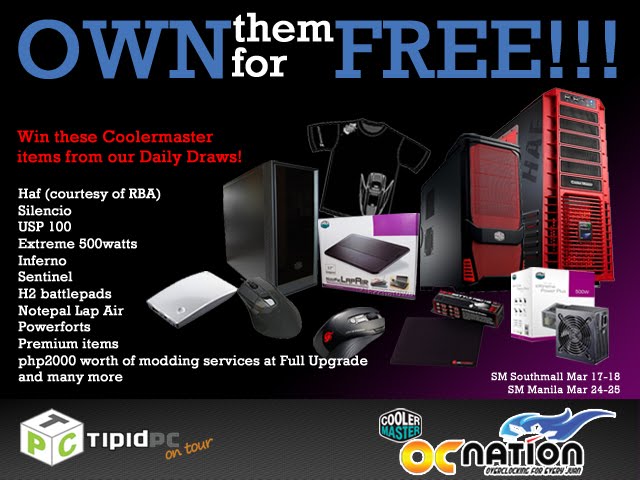 Important notes:
So that's it for this post. Do check out OC Nation at SM Southmall and SM Manila if you're around the area. While you're here, also register for their daily raffle so you can bag yourself some of those premium goodies.