The sequel that everyone has been waiting for, Diablo III, is now officially up for pre-order.

Diablo III, the most awaited game of Q3 2011 and Q1 2012, has been officially slated for release on May 15, 2012 for NA and European countries and June 7, 2012 for Latin America and Russia. Blizzard Entertainment itself broke the news a couple of days ago.

The game itself will be available on both digital and physical formats carrying the same price. You can pre-purchase the digital version of Diablo III on the Blizzard Battle.net® site and be able to download an encrypted copy right there and then. Or, if you prefer the physical version with collectibles (aka Collector's Edition), such as an OST CD, a soulstone flash drive, and a Diablo III art book, you can do so by clicking the link below. 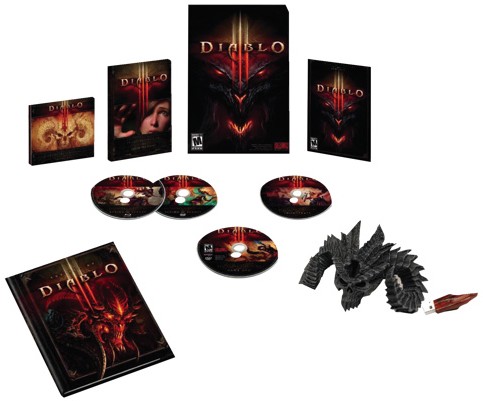 *When you pre-purchase Diablo III, you will be able to download an encrypted version of the game that will be unlocked upon release on May 15.