JBL, manufacturer of world-class multimedia speakers, is giving away OnTour Micro and Spyro speakers on their Facebook page.

The contest, called the Great JBL Giveaway, is now on its 2nd leg. One JBL OnTour Micro speaker was successfully raffled away to a Boss Mac Suba. All you need to do to win is to like their page, leave your name on the poll, leave a comment, and ask people to like your comment. Most likes on the comment post wins. 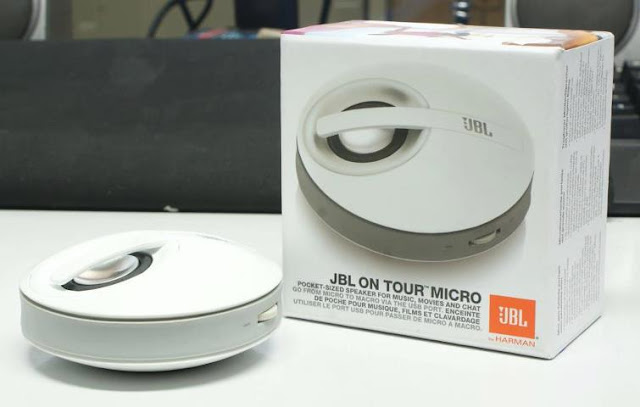 Mechanics:
1. Users must Like the JBL Multimedia Speaker Fanpage
2. Users must put their names in the Poll Questions: “Insert your name here”
3. After putting your name in the poll, you must create a post in the JBL fanpage. 4. Referred users must post an acknowledgment that they voted for the person on the contestants fanpage comment.

Terms & Conditions:
•Registered users who are already on the list are no longer eligible to be used as a referral for other contestants
• Voters must like the JBL Multimedia Speakers Fanpage to be valid.
• Only Philippine residents are eligible to join
• Winners will be informed via Facebook, text or email regarding the requirements and claiming procedure.
• Claiming period is valid for 1 month only from the day of announcement of the winner. Should you fail to claim your prize with in the said claiming period, the JBL Multimedia Fanpage admins have the right to forfeit the winner’s right to claim the prize.