If you still haven't tested Windows 8 on your platform, now's your chance before the full Windows 8 version comes out and Microsoft takes down the free download of Windows 8's Consumer Preview beta version (they have a knack for removing trials after the full version comes out).

The thing I have an issue with the Windows 8 lack of customization in its trademark Start. It's no longer a button with cascades but a full screen full of options (which is not mouse and keyboard friendly by the way). The farthest you can go about customizing it is adding and removing shortcuts or just moving other stuff around. If you've been checking out Windows Phones you'll see a similarity. Windows 8 is, in most opinions, a platform suited for tablets and mobiles. 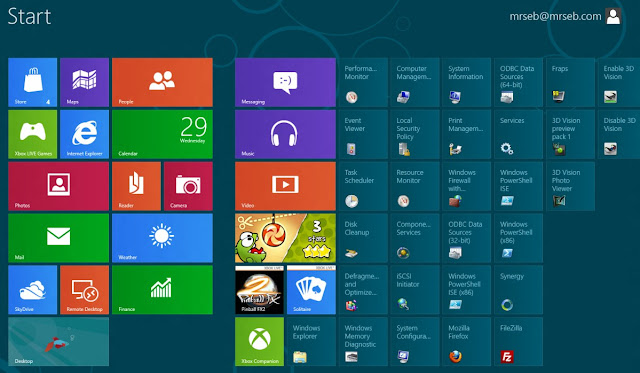 Another thing I frown upon is the heavy integration of internet connectivity and a Microsoft Live account to access tools and apps tailor-made for Windows 8. You can still pretty much run compatible Windows programs though.

Scroll down below for the free official Windows 8 Consumer Preview beta version download.

Microsoft recommends (in their FAQ) that you use the following products key to install Windows 8 Consumer Preview:

Now, these channels are purely legitimate and official so you're sure to have that premium Microsoft experience from original products.

According to unofficial sources, the release date of the Windows 8 full version is around October 2012.

Like I said, download the Windows 8 for Free Consumer Preview Beta while it's still up at Microsoft's official links and try the latest Windows iteration yourself.