A couple of hours ago Microsoft (MSFT) unveiled their latest creation, the Surface.

The Surface is a 10.6-inch, Ivy Bridge-powered, Windows 8/Windows RT tablet that is thought to be the "iPad Killer".

If you'll recall, Microsoft had worked with other tech giants such as Samsung and HP for their main Windows OS products. Seeing that the Surface is built solely by Microsoft, its production means competing straight with their business partners. This automatically cuts out Lenovo, Acer, Asus, Dell, HP, and Toshiba to name a few, from releasing their own Windows 8 tablets. Let's face it, why would you compete with a Windows 8 device made by the Windows maker itself? It's akin to making an iOS device on a non-iPad. 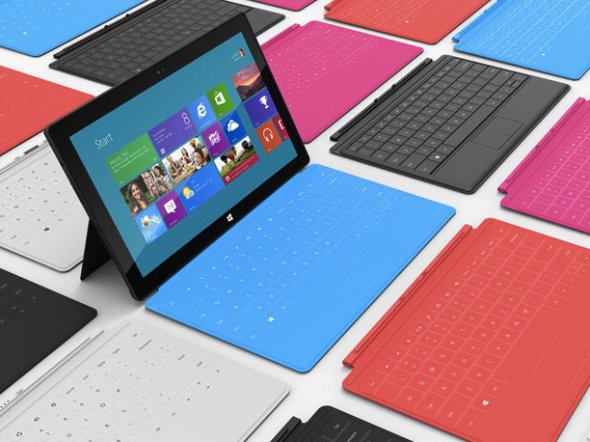 With its bundled keyboard that doubles as a cover, the Surface looks like an ultra-thin netbook from afar. It's built with Gorilla Glass 2, Vapor MG magnesium shells, and an Ivy Bridge or ARM-Tegra chipset combo, depending on the model you'll get.


What's surprising about the unveiling of the Surface is Ballmer's lack of pricing details and a solid release date. The Microsoft Surface is expected to come out later this year. That's all we know.

Curiously, all the Surface photos out there show it paired with its bundled keyboard, the Touch Cover.