The Chinese communications mogul ZTE recently announced the Grand X in London, an out-of-the-box Android 4.0 Ice Cream Sandwich that has a new processor built inside with an older chipset.

The ZTE Grand X sports a 4.3-inch qHD-resolution display (540x960) that has the NVIDIA Tegra 2 dual-core processor running at 1GHz. It also comes with a standard 5MP rear camera and a 0.3MP front camera. 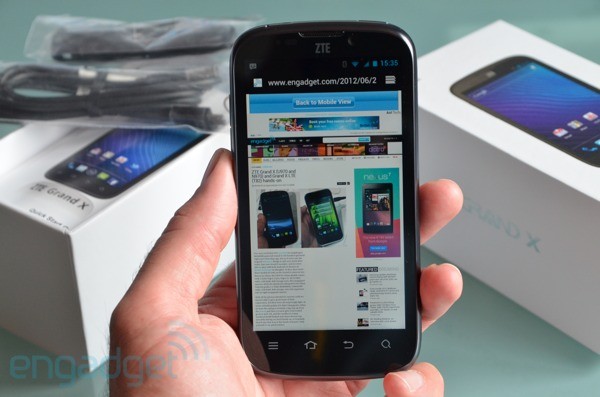 ZTE Grand X Technical Specifications
The big question is, would ZTE bring the Grand X here in the Philippines? There's only two ways to find out: 1) Ask somebody in the know, and; 2) Wait for it to actually ship here.

The ZTE Grand X sells for £190 on contract in London. It would be weeks or months here before we even hear something about this. Hoping that we get first dibs once it arrives.