There are lots of new features to be expected with this sequel. There's new plants, new zombies, new situations, new places, and the like. Apparently the franchise still has 10 million users to date. 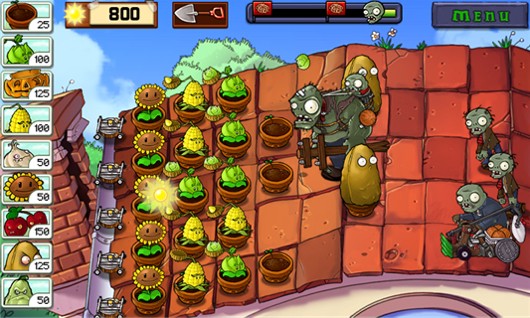 "Spring is crullest curlie ungood time, and plantz grow dull roots," noted an unidentified spokesperson. "So, we are meating you for brainz at yore house. No worry to skedule schedlue plan... we're freee anytime. We'll find you."

"There was a time we relished a bracing, hearty blend of zombies, in the morning," said Sonny F. Lower, a representative of the Flora Forever Foundation. "But first, a brisk shower and some strategic pruning are required. Tomorrow is near!"

Expect Plants vs Zombies 2 in the first half of 2013. No word yet on what platforms it would land on, but you should probably expect a version on the PC and the iOS.