Playing music on your mobile is a great way to kill time and make friends, especially if your music is the type of choice of the people around you. But with smartphones' batteries draining up so quickly, it's difficult to do audio while saving juice for mobile surfing and then some. Don't you wish there's a cheap phone dedicated to playing music?

The DTC GQ3 Duo Rage is a dual-SIM cellphone that has a huge speaker at the back, with a chrome finish grill to boot. It also has a QWERTY pad with dedicated buttons for easier audio playback and easier navigation. Read our DTC GQ3 Duo Rage review and find out if this music phone is for you.

The DTC GQ3 Duo Rage has some semblance to Nokia's Asha line, although arguable since the industry have reached a point that most phones look so much alike it's already generic. 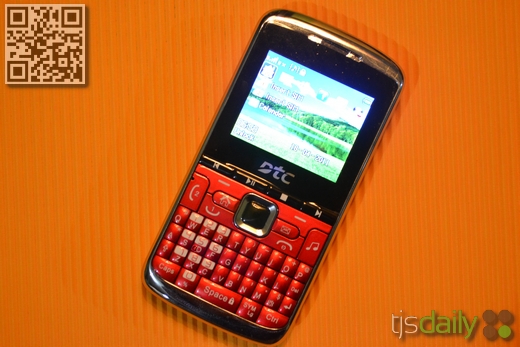 The GQ3 Duo Rage sports a colored 2" LCD screen, very bright too. The UI itself isn't exceptional but it does get the job done.

The phone's keyboard features dedicated keys—which accents the highlight perfectly in my opinion—for playing music. You have the Play/Pause, Stop, Previous, and Next buttons, all in one line. Correct me if I'm wrong, but this is the first time I saw such dedicated keys on a non-smartphone. There could be others that I'm unaware of though. 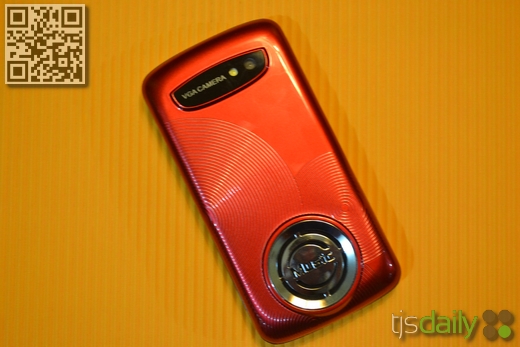 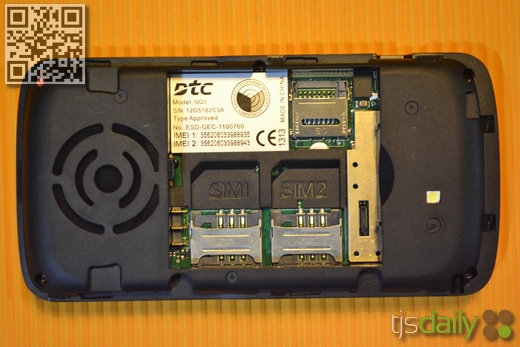 The rear of the DTC GQ3 Duo Rage is where the highlight is found: A huge, 1.5" chrome-plated speaker grill with the word "Music" on it. Other things that are going on at the plastic back panel are: 1). It features a circular pattern for aesthetics, which coincidentally improves grip and a; 2) a VGA camera with flash (doubles as a flashlight).

Lastly, the sides of the phone carry the phone's charging port and a 5-pin USB terminal, for transferring photos and music.

The DTC GQ3 Duo Rage features a 2" colored LCD. Nothing fancy, just pure business. The contrast and brightness of the display could be called out, and although it could've been a lot better, that's what you get for its price point. 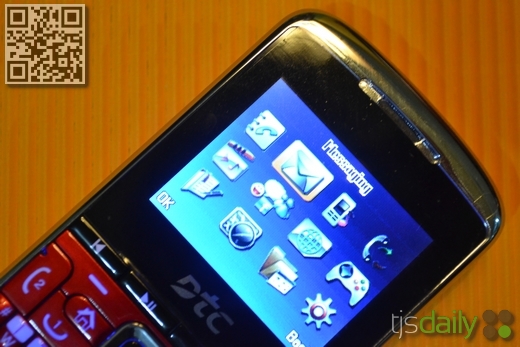 The DTC GQ3 Duo Rage's overall performance is at par with other small mobile players' products to date. Transitions from screen to screen are flawless and load times are great (2 seconds from boot to home). That is to be expected from non-smartphones anyhow, since expecting otherwise would be tantamount to a Nokia 3310 lagging heavily while playing the undying "Snake" game.

The keys of the Duo Rage are consistently crisp and clicky. And since the text characters are coated to the plastic, it won't be easily wear off, if ever it would wear off. 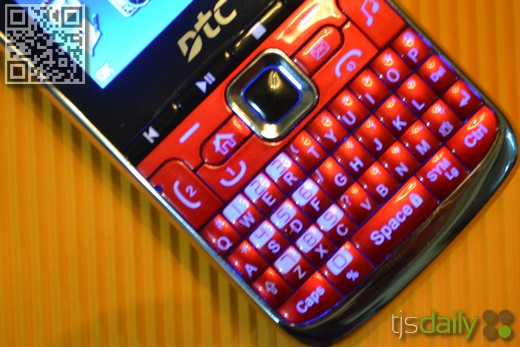 The DTC GQ3's internet is accessible through WAP (and so follows its built-in MSN, Twitter, Facebook, and Yahoo! Messenger). So if you don't have access to your provider's WAP services, you'll just have to blast music all day long. Then again, there's Sudoku and Box in it, so there's no problem killing time.

And just to mention again, the DTC GQ3 Duo Rage is dual-SIM and dual-standby, meaning you can use two networks at the same time while receiving messages/incoming calls from any of the two.

If built-in cameras aren't a deal breaker for you, then you won't mind the Duo Rage's 1.3MP VGA camera. Although it comes with flash, it seems that this portion of the phone was left out in R&D. Sample shots below. 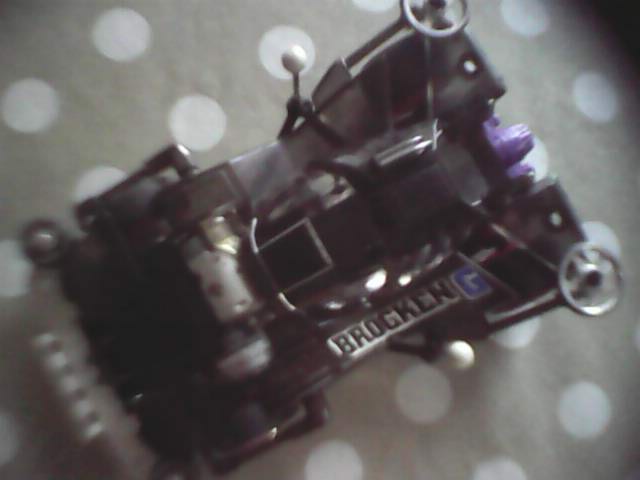 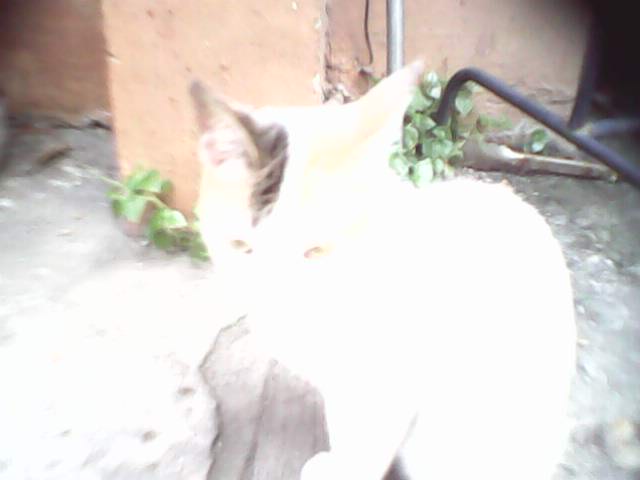 *These photos are untouched and was captured via the phone's usable internal memory (38KB of 45KB).

You can also use the Duo Rage's camera as a webcam once you plug it to your computer.

Here lies the highlight of the DTC GQ3 Duo Rage: The huge-ass speaker. This phone's rear speaker is about an inch or more wide, and it blasts audio through the airwaves like it was popcorn in a microwave.

The speaker's volume is loud. In fact, it's too loud for basic sounds like message alerts and camera snapshot clicks. You need to lower it down a few notches to be not irritating. 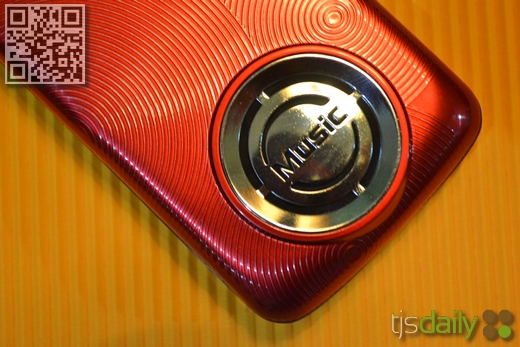 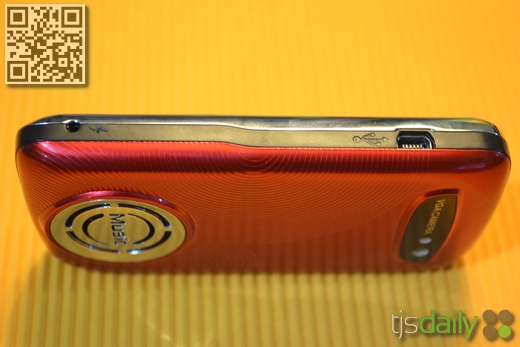 Meanwhile, playing music with the DTC GQ3's speaker is fantastic. We tested audio from Tiesto, Good Charlotte, and DJ Earworm, and although we were disappointed in some aspects of the sound quality (mainly bass), it's all good. One practical use I imagine possible for the GQ3's absurd sound system are for impromptu dance practices for a group of ten. Yes, it's that loud. You should try it first-hand when you pass by a DTC store.

The Duo Rage sports a 900mAh battery, which seems small with today's standards. But battery life is also relative to device demand and user consumption. This phone's battery can last up to 96 hours in standby and up to 6 hours in continuous audio time.

*Battery is replaceable at the removable back panel.

If QWERTY and audio are your style, you'll surely be fly with the DTC GQ3 Duo Rage. Not only is it for music blasting, it's a one-stop shop for social networking (provided you activate WAP) and sending SMS to multiple networks too. 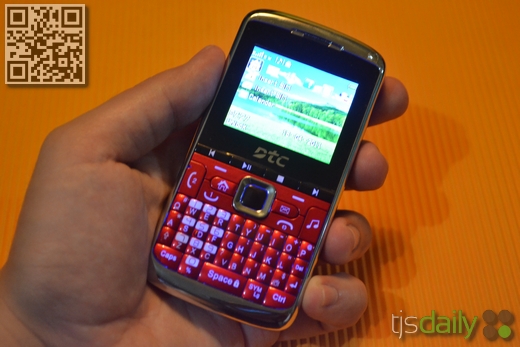 We'll update this post for the pricing and the availability of this QWERTY phone as soon as possible. Meanwhile, check out the DTC Mobile Philippines website.