In light of the recent release of the iPhone 5, Samsung decided to be all like "We gonna be all up the skin of the iPhone 5, YOLO!" on Apple by releasing a poster comparing the Samsung Galaxy S III and the iPhone 5 side-by-side, which the former wins easily to no surprise specs-wise.

But before even the iPhone 5, let's not forget that these two companies got into a very heated legal war on who infringed on what patent. For now, pundits are predicting that Samsung and HTC would launch patent "missiles" to Apple for infringing on LTE patents held by the former companies.

Check out this SGS III vs iPhone 5 poster. 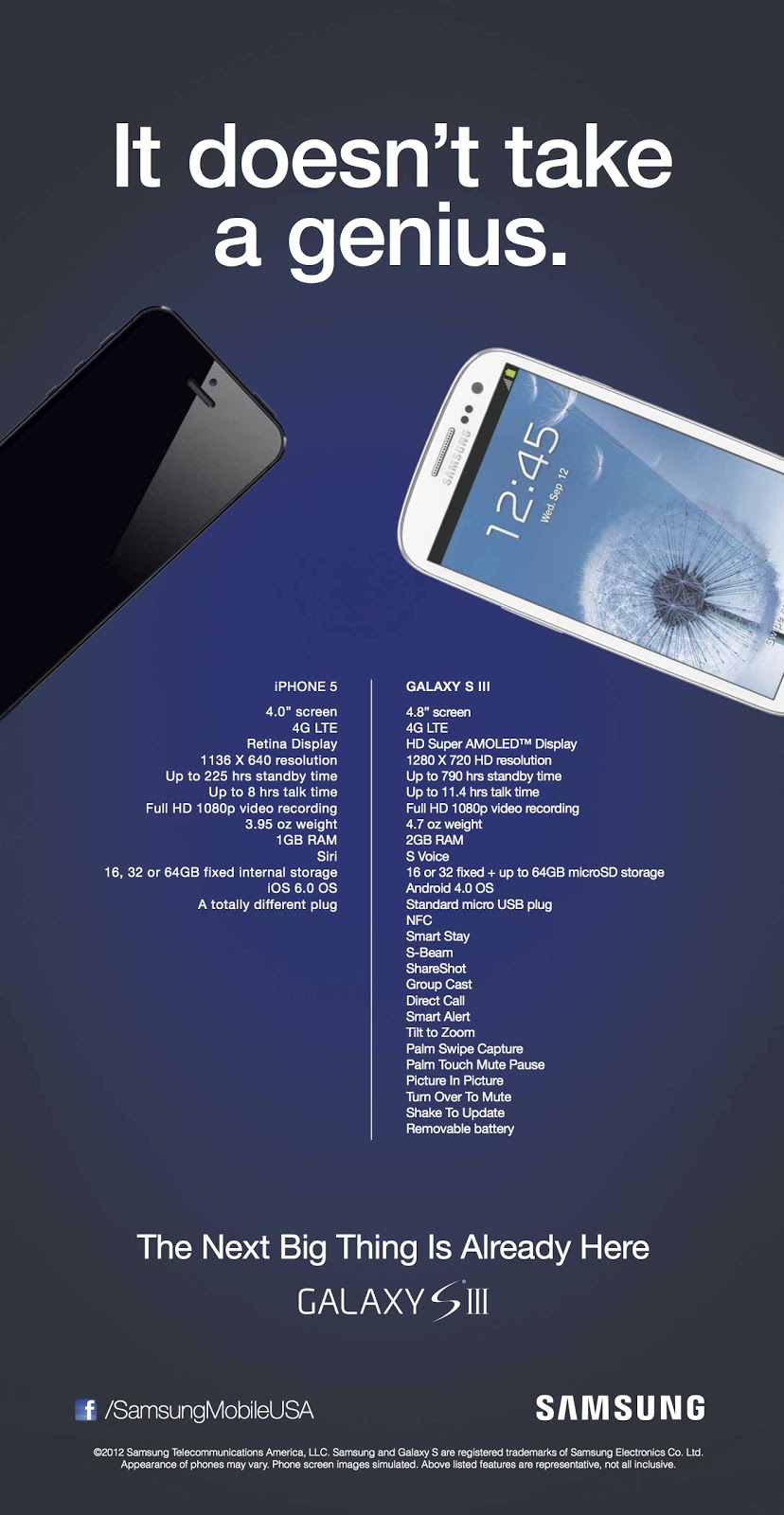 While I agree that it doesn't take a genius to figure the above out, both smartphones are great no matter what. Not to defend Apple, but it was them who championed the era of what we have today on mobile. Then again, Samsung is just paying its dues. This is what happens when you push everyone and don't expect them to push back.

What do you think? Are you going for the iPhone 5 because it's an iPhone or are you after pure power and would select the Samsung Galaxy S III no questions asked?