Smart Communications, the country's largest communications provider, announced today the Smart Pocket WiFi, a device that will enable mobile users taste and enjoy the speeds of LTE without the restrictions of LTE-enabled devices.
The Smart Pocket WiFi, a hotspot the size of a smartphone, has the power of also recently released Smart LTE dongle, but more mobile. It also has connectivity capability of up to ten devices simultaneously, and unlike previous iterations of mobile hotspots, the Smart Pocket WiFi has a ridiculously long signal reach.

In a live demonstration, Smart Marketing Head Ron Molina walked outside the event area together with the members of the blogging community to show the power of the Smart Pocket WiFi. In his hand was a Nexus 7 playing an hour and a half long HD movie. Needless to say people were amazed: There was absolutely zero buffering time while walking farther and farther away from the hotspot (est. distance approx. 120 meters). Only right then did the signal die out. What's more (simply) amazing is that during the demo, there were also two other devices streaming the same movie at the same time. Three devices streaming a full movie, zero buffering. That's the power of the Smart Pocket WiFi.

The Smart Pocket WiFi is ideal for group meetings and for long travels, especially since it can connect up to ten devices simultaneously. It has an initial charging time of 3 hours, and would last up to 8 hours of continuous use. One also needn't worry since password protection is enabled for the device. 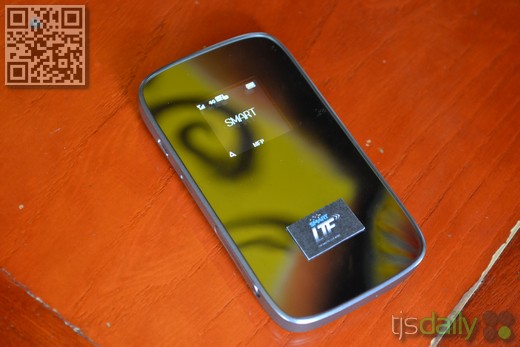 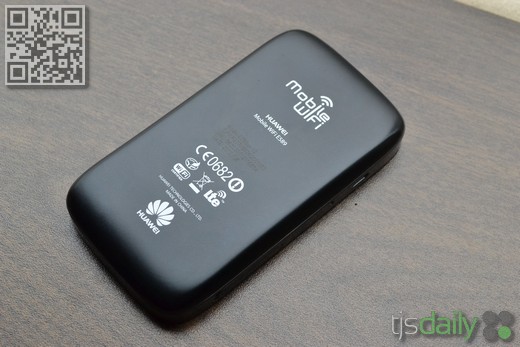 Sadly, there are still no plans nor pricing for the Smart Pocket WiFi. It will be supposedly announced very soon.

If you can't wait to get your hands on Smart LTE though, they have launched the Smart LTE 3500 dongle last August. For P3,500 a month, you'll get 10GB of data lightning fast, right at your computer. The plan is currently offering unlimited data up until October 2012.

What do you think about Smart's new LTE device? Would it be a good buy at the right price?