Remember that Lightning connector Apple launched together with the iPhone 5? Yes, that one with the authentication chip on it, rendering unlicensed third-party manufacturer products obsolete? Well, a tip just came in that they've been cracked and have been floating around China.

The below are pictures of genuine Lightning chips sitting right beside its Chinese clones. With these, all you need are imitation plastic cables and you're good to go. Real cheap too. 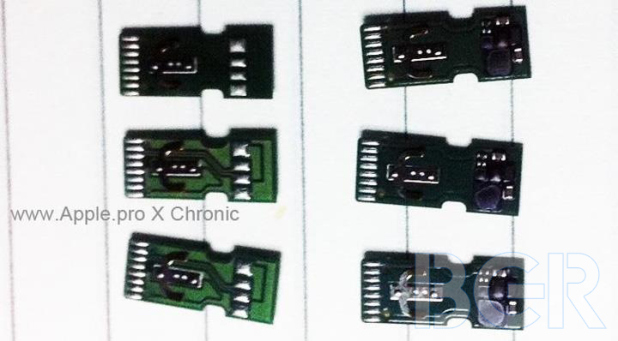 While it's arguable that unlicensed third-party connectors are unsafe for you and your devices, it's the skirting of these unscrupulous manufacturers of Apple's safeguard that concerns people. Partners are licensing the technology from Apple to reproduce accessories, especially the Lightning connector. Now that it's ready for mass production, the latter's margins would surely shrink, if not become totally non-existent.

Should we be concerned? Yes, as these clones may break our devices. Should we be surprised? China, meh. Should we actively out unlicensed Apple products? It's not our concern, we might even benefit from it (see: cheap). Then again, genuine Apple and Apple-licensed products give us that secure feeling, even if they're also made in China.