Creative, one of the world's most dominant audio manufacturers, recently launched the Sound BlasterAxx speaker series in the Philippines, a welcome addition to their legendary Sound Blaster sound card line. The Sound BlasterAxx is positioned to take the capabilities of its predecessors beyond the PC to the realm of smartphones and tablets.

The Sound BlasterAxx series are a group of three six-sided, vertical-standing, all-in-one speakers that feature Bluetooth technology, the SB-Axx1 sound and voice processor, and a top-notch dual microphone array. Designed primarily for smart devices such as the iPhone, the iPad, and various Android phones and tablets, the Sound BlasterAxx is guaranteed to enhance your viewing and listening experience by a hundred-fold. It can even be used instead of your mouthpiece to talk to your love ones. 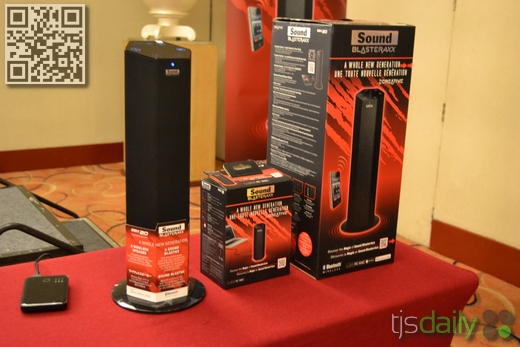 Paul Seow, Creative Technology's Worldwide Sales Manager, introduced the SBX 8, SBX 10, and SBX 20 during the event. He also demonstrated the speaker line's features, such as the Smart Volume, Voice Focus, Noise Reduction , and Voice Effects. The Voice Effects features was the most interesting, since it has multiple options of transforming your voice; you can sound like an angry grandmother, a radio DJ, or even an alien from outer space.

The live demonstration of the Sound BlasterAxx delivered as guaranteed. The SBX 20 paired smoothly with the mentioned devices; it can even pair with other SBX 20s to create a wall of sound coming from every direction; even one can fill a whole room. Needless to say (and even Paul Seow himself said it), the Sound BlasterAxx series are not for audio purists and genuine audiophiles. 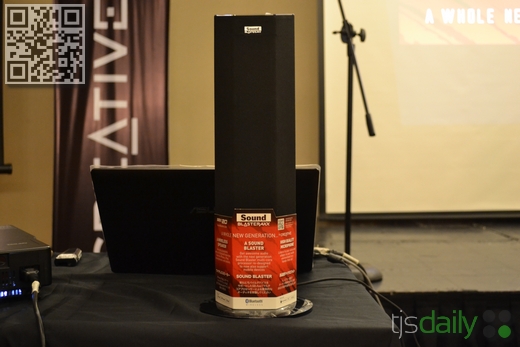