A few days ago a device from  LG codenamed "Mako" was spotted in the wild. It turns out that the device leaked allegedly was the indeed the next Nexus. And when you think leaked devices ownership are limited if not zero, it seems that many more people are holding the LG-E960.

Another thing: The LG Nexus is likely to have the name LG Nexus 4, at least a couple of us think so. Others say it's just a placeholder name. It also allegedly would be available in black and in white. 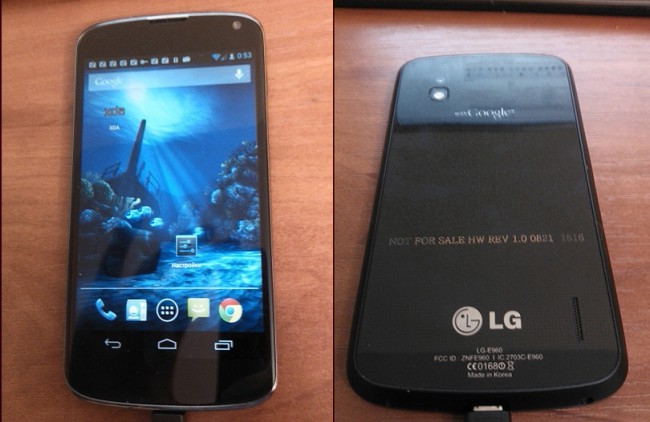 I take back what I said on Twitter (that the device was fugly); the LG Nexus 4 looks pretty awesome at this point. Reports indicate that it would have a curved glass display and a glass rear (or a rather super glossy plastic back). Anyway, here's what we know so far.

LG Nexus 4 "Mako" Unconfirmed Specifications
Let's wait for LG to leak itself out just like they did a few months ago. And since this is just a prototype, let's hope they'll include a microSD option. That said, I always wanted an LG device. Don't know why.

Would the LG Nexus 4 be a contender to Samsung's dominant streak? Hit the comments box below.