This iteration of Angry Birds brings forth a new in-game mechanic, new sound effects, and of course that omnipresent Star Wars marquee music. 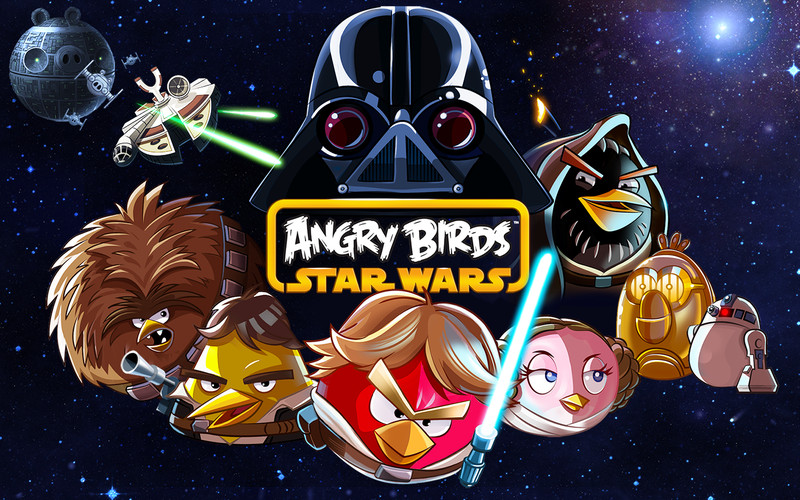 NEW GAMEPLAY MECHANICS - Use lightsabers, Blasters and Jedi powers to wreak havoc on the Imperial Pigs!

LEVEL UP YOUR BIRDS - Keep playing and level up your birds to improve their skills!

SECRETS AND HIDDEN GOODIES - Can you unlock all the R2-D2 and C-3PO bonus levels?

FREE UPDATES - This is only the beginning of the epic saga! 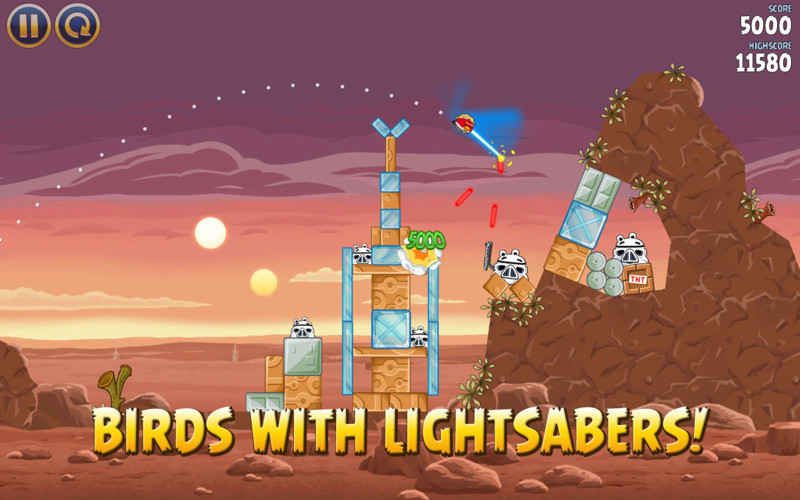 Angry Birds Star Wars is now available for download at the following:

Now that Disney owns the Star Wars franchise, will we see our favorite birds dressed as Mickey, Minnie, Pluto, Goofy, and Donald? Still, the force is strong with this app. Download Angry Birds Star Wars now.