We've all heard how RIM is heavily ailing because of competitors and how its BlackBerry line is going to bite the dust soon. Yet the company recently announced that their next generation device, the BlackBerry 10, is going to launch next year at the 30th of January.

Industry pundits are calling the launch "too little, too late" for the troubled Canadian company. We've seen Apple's dominance succumb to Google's Android OS and Samsung's Galaxy S III recently, so there's this nagging statement that people won't even bother glancing at the new device. In short, the playing field is hugely disadvantageous against RIM, but we're giving the BlackBerry 10 the benefit of a doubt. 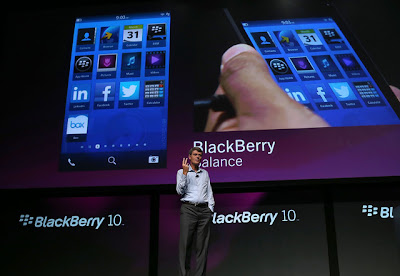 *according to leaks last October 2012

The BlackBerry 10 will definitely launch in the Philippines sooner than later, given its huge following in the country. It's also very likely that Globe Telecom will exclusively distribute the device considering the heavy attention it pays to the brand.