Globe and Google Bring Free Zone, Free Internet for All

The Philippines is an internet-loving nation. It so loves it that, for its land mass, it ranks among the top 10 countries among the world that use the web for social networking. But using the net comes at a price. So, how does free internet sound?

This week, Google, in partnership with our very own Globe Telecom, launched the Google Free Zone, an internet service which allows prepaid Globe subscribers free access to three Google products (Google Search, Google+, Gmail) on their mobile phones. The best thing is, you don't even need to own an iPhone or a Samsung. Google Free Zone will still work on non-smartphones. 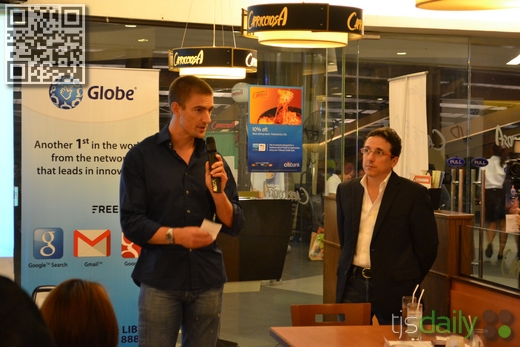 The Philippines is the first country in the world to enjoy the Google Free Zone. In fact, popular international sites such as The Verge, Engadget, and WSJ picked up the news, proving what a big exclusive Globe scored in the world.

Google's Free Zone is not without its limitations though. Yes there's no data cap, there's no googling limit, but there are charges to be had when opening links within webpages (i.e. no charges are applied on links you open at the Google Search page, but opening links within the web page you opened will bring up a prompt warning you of a charge should you proceed) plus the handicap of being able to use Free Zone only on your phone's native browser.

The Google Free Zone, from what we understand, would last until March 31, 2013, with nobody knows what would happen after the said date's lapse. The current free model might also go to a pricing model if it proves unsustainable. Lastly, we don't know if Globe has exclusive rights to the Google Free Zone. With that said, Smart could have it in the future too.

To access Google Free Zone, go to http://libre.ph on your phone's native browser. Alternatively, you can just text LIBRE to 8888 and click on the link provided by the SMS. A Google Account is required to fully access the service.