Apple sure is producing things fast nowadays. This year alone they've produced the iPad 3 (the new iPad), the iPad 4 (the iPad with Retina), the iPad Mini, the iPod Touch 5th Gen, and of course the iPhone 5. Throw in the Lightning connector and the iMacs for good measure. Then again, they have all the reasons in the world to make fast: they have to keep up with Android or be left out.

Speaking of keeping up, photos of what's allegedly the iPhone 5S surfaced the web recently. Still sporting the same look - as with all other "S" iterations - the iPhone 5S is still a prototype, but is expected to hit the market early next year.

The Philippines is just about to receive the predecessor, now this? I'll stick with my Galaxy Note 2 instead. 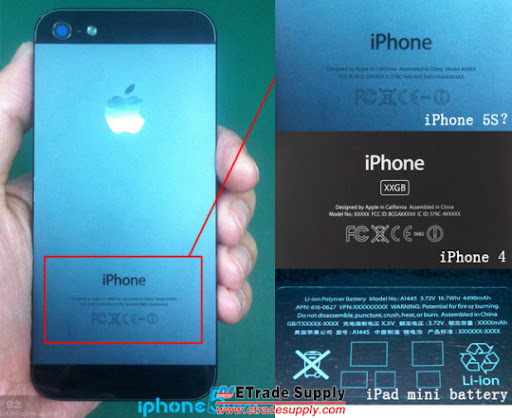