SHADOWGUN: DeadZone is a third-person shooter that uses the elements of the original SHADOWGUN game. The game involves shooting, and lots of it. For the trigger-happy, there's the Deathmatch mode where you can rain hot iron on everything that moves. For the more team-oriented, there's the Zone Control mode, where you and a group of other players shoot each other while attempting to capture the opponent team's respawn points (like Capture the Flag, but easier). 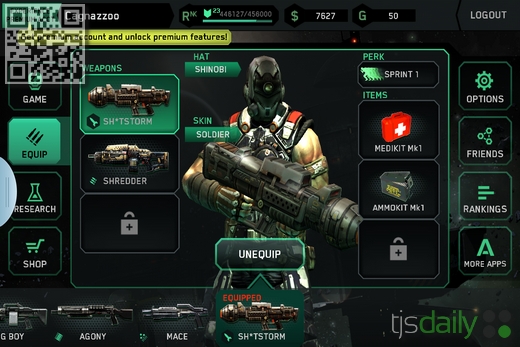 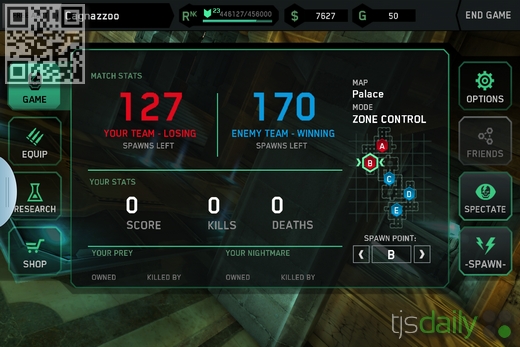 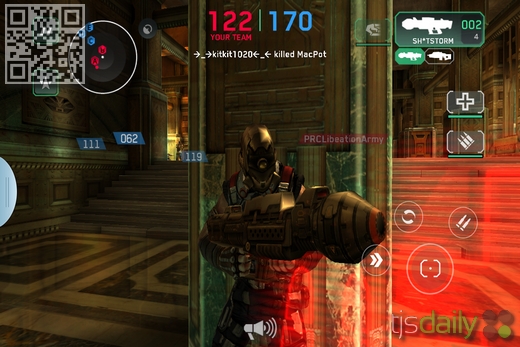 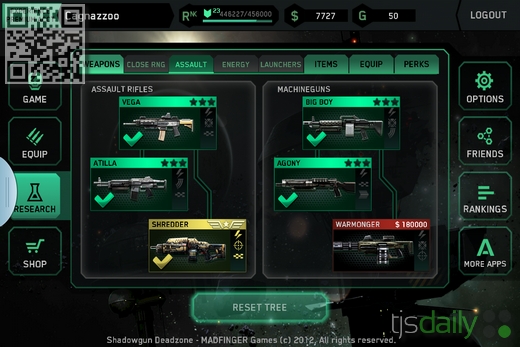 SHADOWGUN: DeadZone Features
The game comes in a freemium model i.e. you can buy stuff and play limitless for free, but certain equipment such as cosmetic helmets and avatars need a valid credit card. Good thing Madfinger Games knows what players want for free and what players will pay for.