Corning, the makers of the ubiquitous Gorilla Glass, announced this afternoon the arrival of the Gorilla Glass 3 at the Consumers Electronics Show 2013 in Las Vegas next week.

The Gorilla Glass is an extremely durable piece of engineered glass that is finding its way onto most high-end devices. And come January 7, full details of the third generation of glass will be revealed. 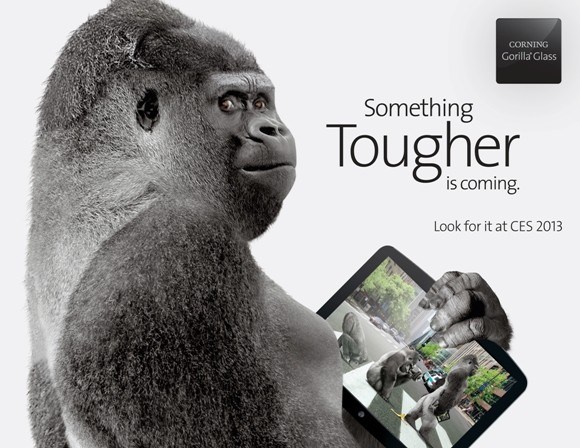 According to reports, the Gorilla Glass 3 is three times more scratch resistant than its predecessor, and will sport a "Native Damage Resistance" feature that boost the retained strength of the glass up to 50 percent should it become flawed.

Despite its reputation, current iterations of the Gorilla Glass (and possibly the GG3) aren't shatter-proof and scratch-proof. Manufacturer devices equipped with the Gorilla Glass technology include Samsung, LG, and HTC.