New year, new priorities, new Android devices. But if you're like me, chances are your device is a tad bit outdated and would need some brushing up. Or it could be that your default smartphone UI is so ugly you want the vanilla Jelly Bean experience. So here's a quick post on how to make your Gingerbread or Ice Cream Sandwich device look like Android 4.1 Jelly Bean.

Make your Android look like 4.1 Jelly Bean with these simple steps

Instructions:
1. Download the Holo Launcher / Holo Launcher HD and Holo Locker app at the Google Play store and install. They're both free. There's a paid version though. But for the purposes of this post the free ones are more than enough;
2. Once both apps are installed, open Holo Launcher, go to General Settings, set Screen Orientation to Portrait, check the Keep in Memory box, and set the default launcher to Holo Launcher;
3. Optional: Go to Drawer Settings, scroll down and select Background Transparency, then change it to the desired number (suggested range is 60-75);
4. Open Holo Locker, go to General Settings, and change Screen Orientation to Portrait.
5. Restart your device for good measure. 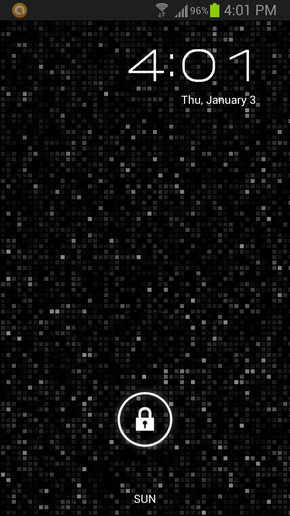 There you go. Your Android device should look like the default Jelly Bean launcher. If you have a 4.3" or 4.7" device, it might even be mistaken for a Nexus 4. And another thing: If you have an aging phone and have a lot of background apps running, adding these will definitely slow your phone down (if it's not slow yet). It's either you uninstall other memory-hogging apps you're not using or experience a slow but good looking UI.