Plantronics recently launched their latest headsets, the Marque 2 and the Voyager Legend, at the Ascott Hotel, Makati this Tuesday.

Touted as the world's first "smart" headsets, the Marque 2 and the Voyager Legend gives smartphone and tablet users an intuitive, hands-free experience with its unique voice commands and streamlined design. 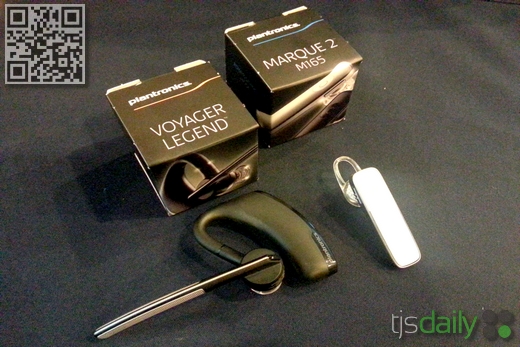 One of the biggest features of the Plantronics Marque 2 bluetooth headset is its ability to answer calls without physical contact. Incoming call? Just say "Answer" and the Marque 2 will pick it up for you. Don't feel like talking? Say "Ignore" and the device turns down the call without you touching a button.

The Plantronics Marque 2 is now available at the market for P3,600++.

The latest in the Voyager series, the Voyager Legend combines triple-mics that cancel noise and wind, offer voice commands, and the Smart Sensor technology. It would also announce the name of the caller, and as with the Marque 2 you can just say "Answer" or "Ignore".

The Voyager Legend also features a list of commands activated via voice, such as "check battery", which will lead the device to announce the device's battery levels.

The Voyager Legend is now available at th market for P4,500++.


For interested companies, Plantronics Philippines is willing to give volume discounts on their products at a 5-item minimum.