Whichever angle you look at it, a 128GB iPad 4 is just ridiculous. Then again, people do love filling their iPads with whatever they can, plus the fact that iPad apps consume more memory.

It might be considered a good news then, to people who love Apple products, that the 128GB iPad 4 (officially named the iPad with Retina) is now officially available online at the Philippines' online Apple Store, with the  WiFi version selling for P38,990.00 and the WiFi+Cellular version for P44,990.00. 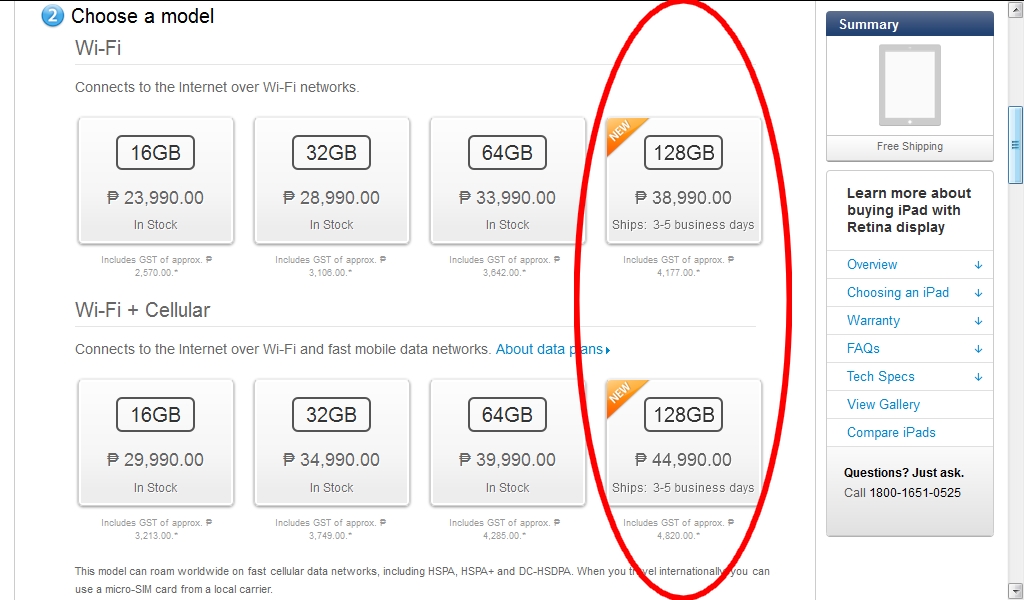 Yes, like I said the 128GB iPad 4 is a ridiculous device at a ridiculous price. This is why Apple doesn't build expandable memories; so that they can sell a version with a higher storage later at an exorbitant rate.