The Evad3rs jailbreak team just made their jailbreak tool for iOS 6.1, the evasi0n, available for download. It was earlier being tweeted by notorious jailbreaker p0d2g.

The evasi0n jailbreak tool will do an untethered jailbreak (as opposed to tethered) on A4, A5, and A6 devices. That means that this can jailbreak the iPhone 5, iPhone 4S, iPhone 4, iPhone 3GS, iPad mini, all iPad models, and the 3rd to 5th gen iPod touch models running iOS 6.0 or iOS 6.1 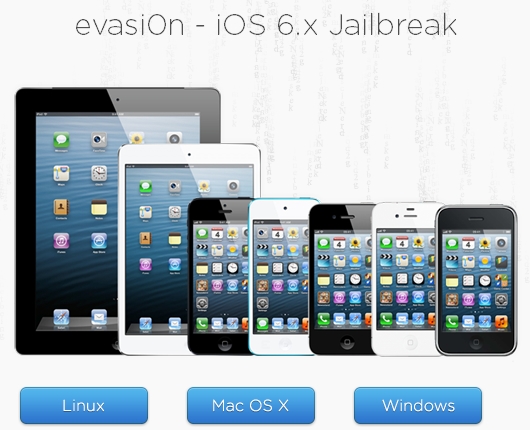 The evasi0n website is here, so if you're looking for download mirrors for the iOS 6.1 jailbreak tool this is the place to go. The jailbreak instructional blog jailbreak-untethered.com meanwhile wrote about step-by-step instructions on how to jailbreak 6.x untethered on iPhone 3GS/ 4/4S/5, iPad 1/2/3/4, iPad Mini, iPod Touch 3G/4G/5G using the evasi0n jailbreak tool.

Jailbreaking brings a plethora of additional features to your iOS device, such as the ability to install apps outside the official Apple Appstore, customize iOS skins and behavior, and add tweaks that would refine your iOS device to your personal liking through various file repositories like Cydia.