Starmobile, one of the fastest rising stars in the local mobile scene, took to the social networks and revealed the Starmobile Diamond, a 5-inch HD (contrary to their announcement that the device is Full HD which is somewhat misleading) Android 4.1 Jelly Bean device that's bound to bring up their share in the market. If you'll recall, another local company announced a device with almost similar specifications, a major indication of some heavy competition to follow.

One of the highlights of the Starmobile Diamond is its Dragontrail glass technology-equipped 720p IPS LCD display. The company claims that this glass is 6x more resistant to scratches, though I believe I'm speaking for everyone when I say that we already know what this technology is capable of. Another selling point is its BSI-equipped rear camera which would enhance images in low light conditions. 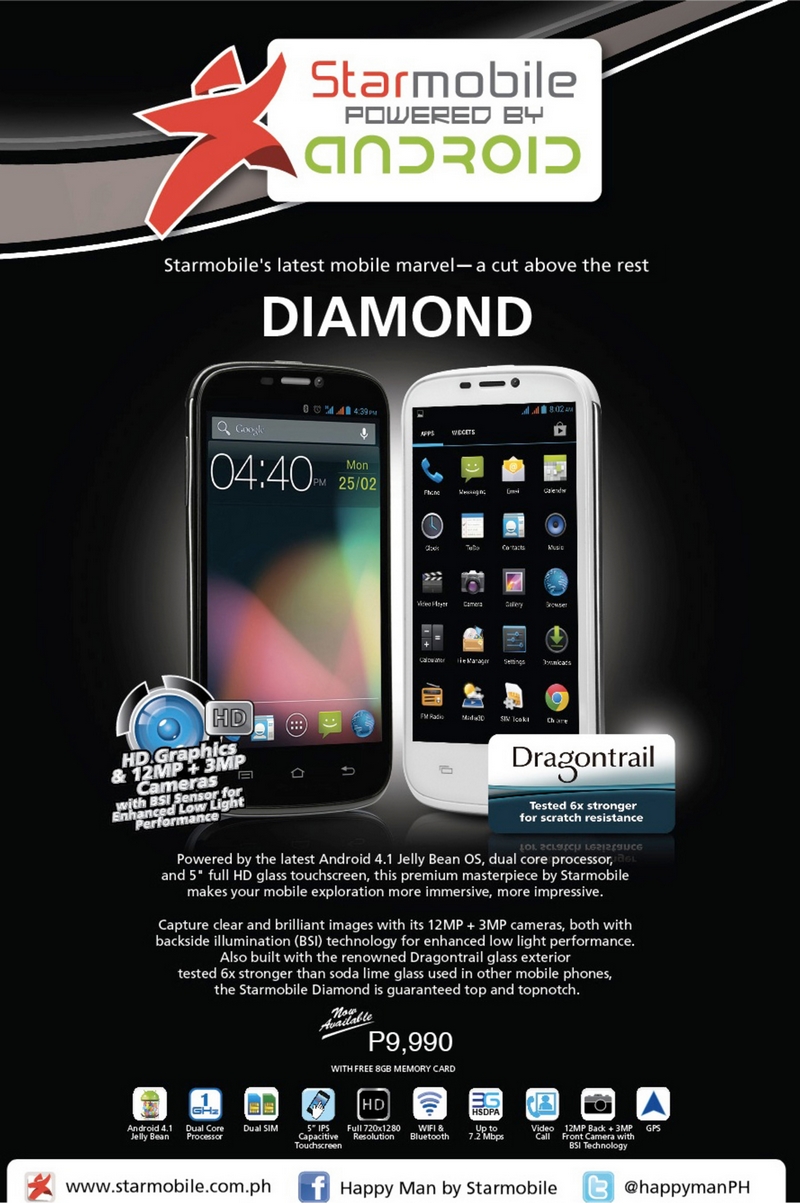 The Starmobile Diamond will have an official SRP of P9,990. We estimate that this beautiful device will be available during the 2nd week of April 2013.

The Starmobile Diamond is another fantastic mid-range device to look forward to. Hopefully the pricing would go a few notches lower on the official release to give consumers a choice.