I was looking for a specific Android app the other day, something that's fresh and offers free messaging over the internet. This kind of service isn't new, but what I found had layers of extra features that were worth exploring. It's called WeChat.

WeChat works similarly like other internet-based messaging services, but with a few better tricks up its sleeves. There's the regular messaging, emoticons, photo messaging, and HD video calling. And then there's the social networking component of the app: chat in groups, share photos, and search for new friends nearby. Best of all, it's free (it doesn't even have any in-app ads). 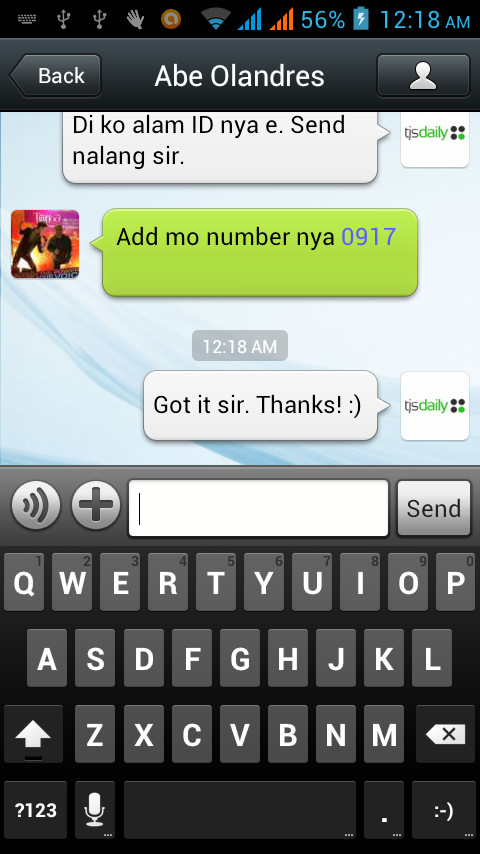 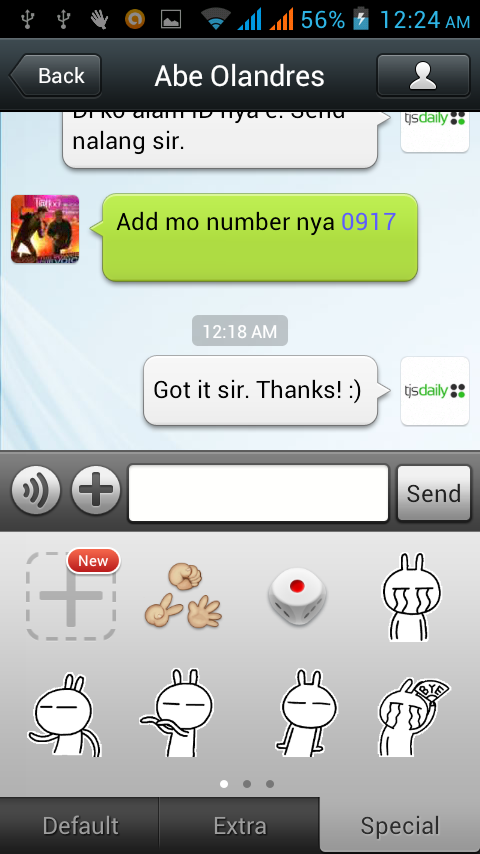 Among the value-added features in the messaging component of WeChat is its voice-messaging system: Just press a virtual button, speak, and whoever's on the other end of the line will receive it just as you said it. This is great if you find yourself in a situation where you're too lazy to type even a short message. You can even play rock-paper-scissors or dice.

On the social networking component, I found the 'Look Around' and 'Shake' (when you 'shake' your device, it'll automatically look for other people within a certain range that are also 'shaking' their devices) features innovative, but I'm still apprehensive to actually use it. Why? Basically what these features do is use your location and give friend suggestions based on the people nearest you. I don't know who these people are, that's why. I'll open up and use this feature some other time. Which brings me to my next point: Privacy and security. 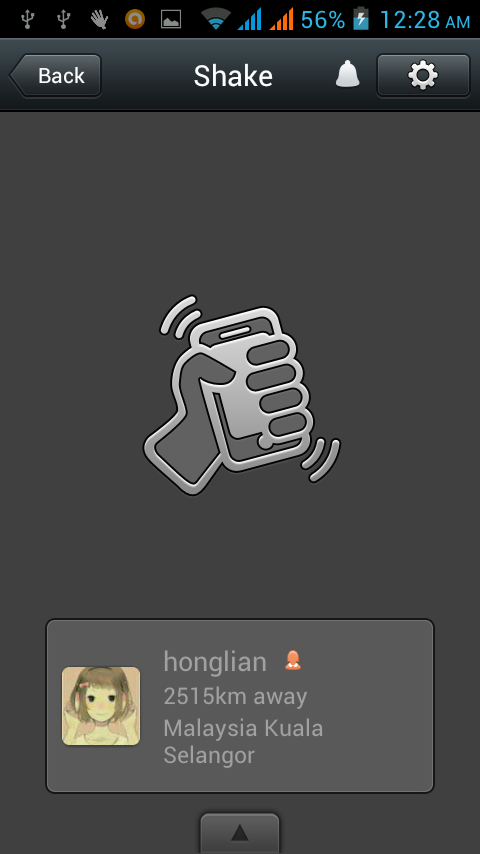 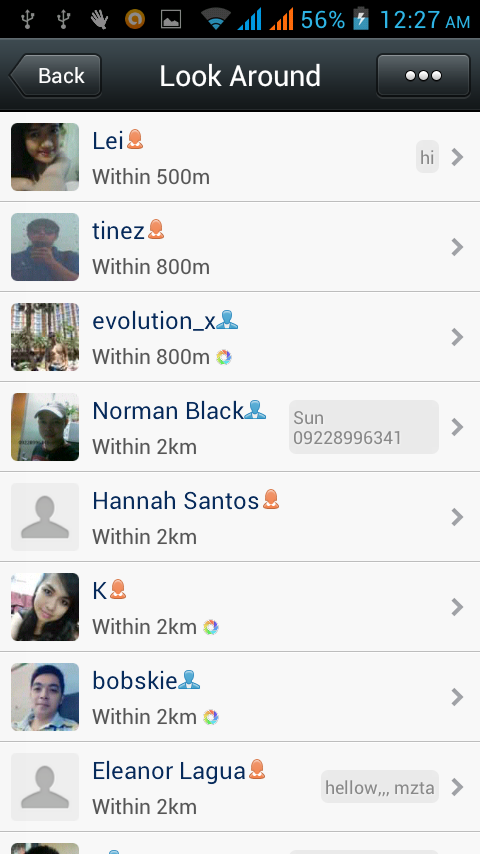 With these kinds of applications, how sure are we that our data is being protected and our privacy guarded? I did a little research and this was what I got: Users can share their social networking content on a step basis i.e. public, friends only (you can also define which friends can see your content), and private. It also doesn't have 'Upload and Search Contacts' set on default because the app wants users to have freedom of choice, or something to that effect. On the technical end, our data are reportedly stored at secure cloud facilities and are only accessed on demand. Hopefully the people responsible at the backend are doing their jobs properly. 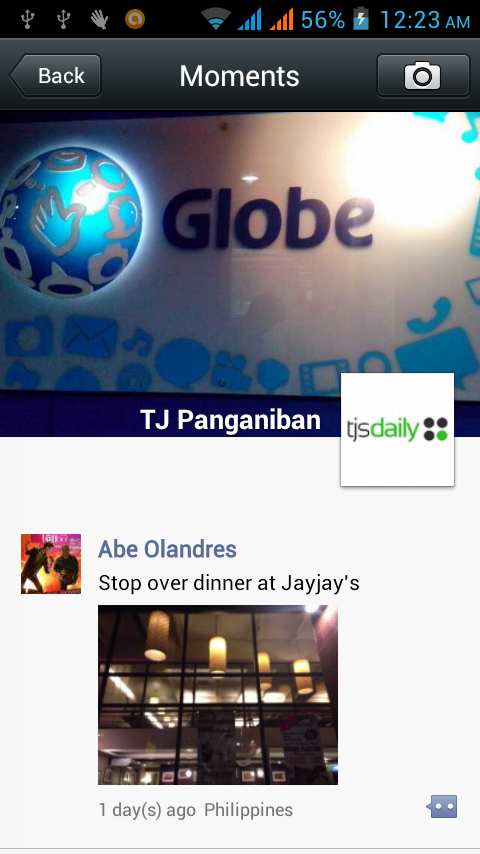 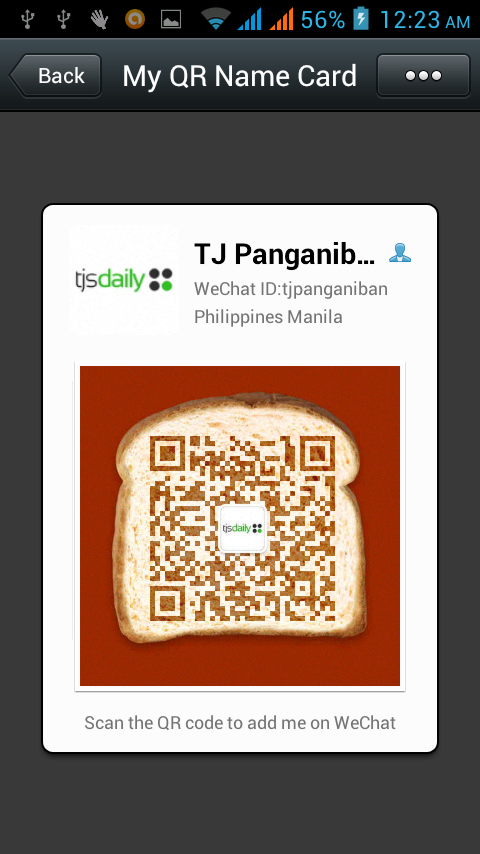 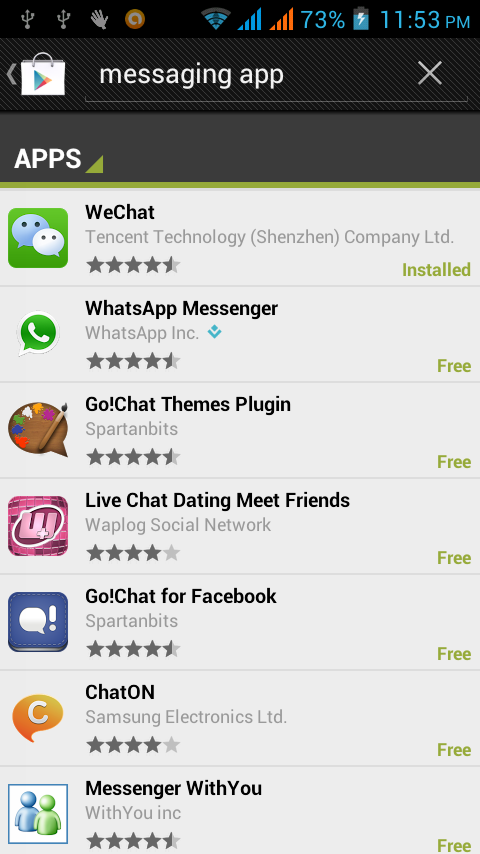 One last part I would like to highlight is your very own in-app profile page called 'Moments'. It's a feature ala Facebook, but this time it's inside the application itself. Basically you don't need to switch through multiple apps for internet messaging, video calling, photo filtering, and status sharing. This app almost has it all. So imagine the mild surprise I got when I learned WeChat was currently ranking as the number 1 free messaging app at the local Play Store. 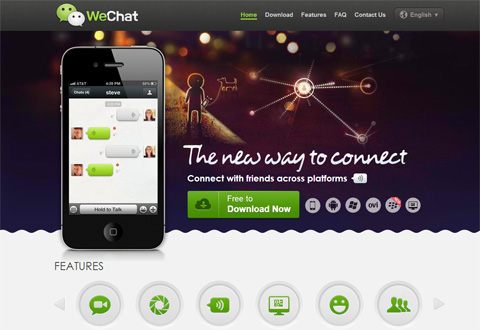 Anyway, that's my quick preview on WeChat. I found it pleasant to use, and it was as quick and snappy as I was expecting it to be. It's free to download at the Google Play Store and is around 18MB in size. It’s also available on iOS, Windows Phone, BlackBerry and Symbian.