NEO recently opened the floodgates of true mobile PC gaming with the introduction of their Elan series of gaming laptops. These portables—dare I say—could even be more powerful than existing gaming rigs.

The NEO Elan gaming laptop series sport gear that would make gamers drool easy: Intel Cores i3 to i7, 8GB DDRs, HD and FHD panels, top of the crop 2 to 3GB video cards, and mean black designs to boot. The most capable model, the Elan LD7KW, was claimed to run god-tier games such as Crysis 3 without batting an eye, even at max settings. 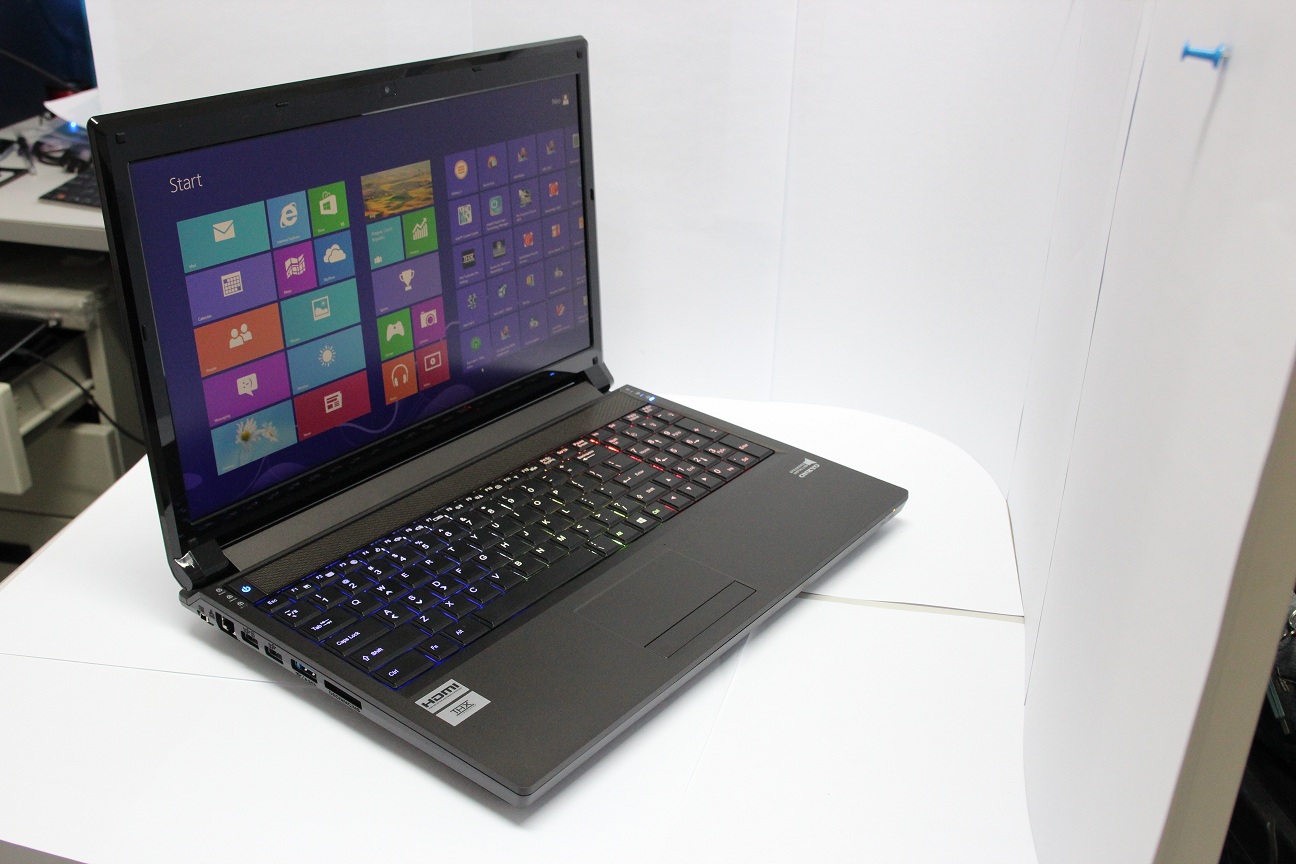 Other features of the Elan series are its color-changeable backlit keyboards, USB 3.0 hubs, Windows 8/Linux operating systems, and HD sounds. All units also come with a 1-year warranty.

As a sidenote, NEO will throw in free Starcraft II: Heart of the Swarm or Starcraft II: Wings of Liberty games for every Elan unit purchased before May 12, 2013. That's a good deal, no?

NEO Elan series prices in the Philippines and additional Starcraft II information below. 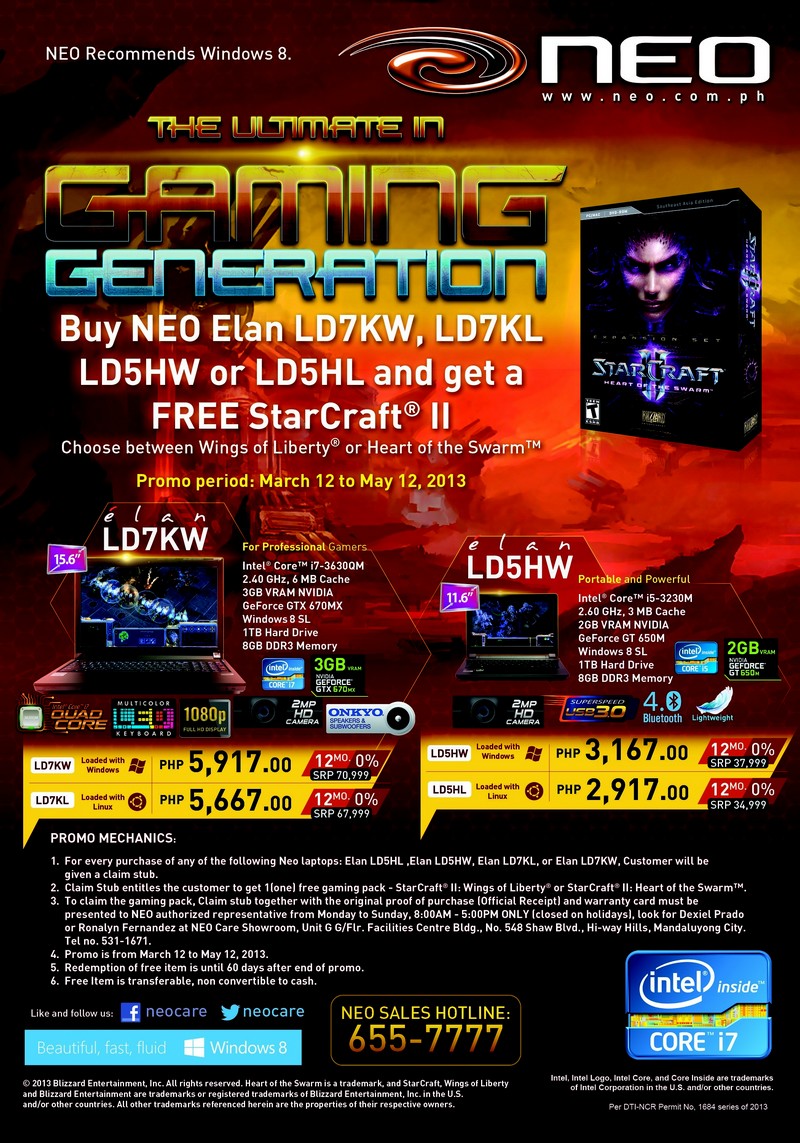 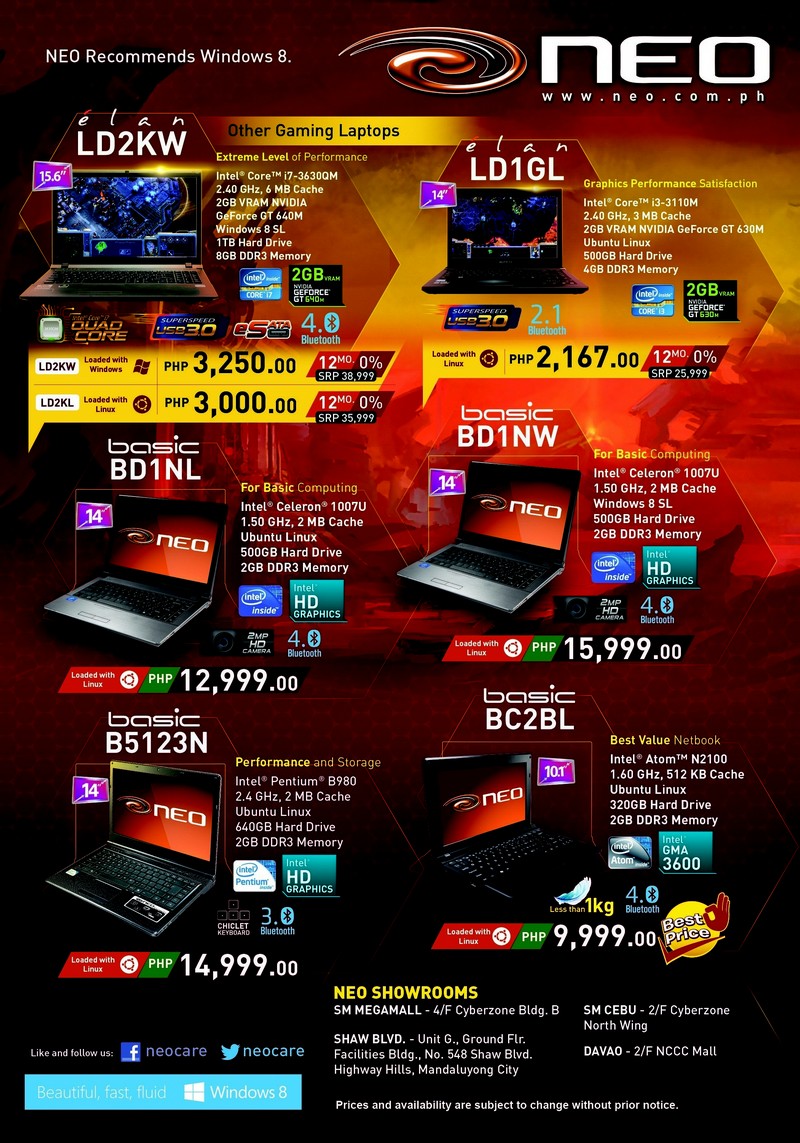